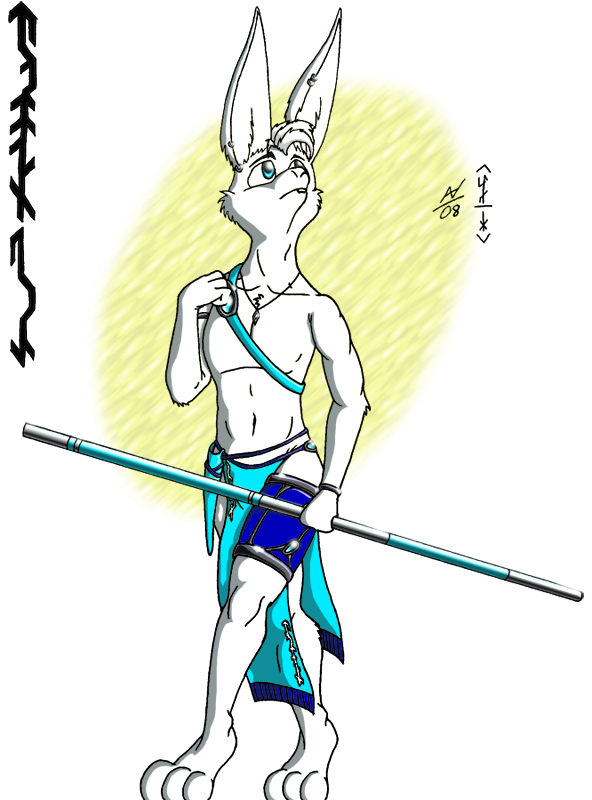 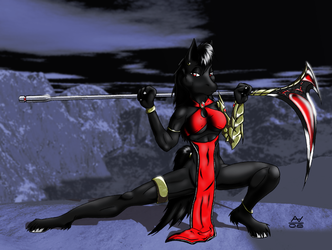 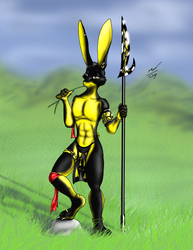 Raikonia's a big world, and here is another of its many denizens, a young Auran Sage making a humble living in a forest village. I got the idea for this character when I considered what my own home town might've been like in that world. I realized that if I had lived there, there's a chance my species might be a rabbit, so I began fleshing out this guy. I later named him Riso Kel.

The runes on the upper left (and adorning his loincloth) are from a popular form of writing by the Sages, passed down by the Shepheri. It's commonly called "cascade" script due to the fact that each letter in a word is connected to each other in an unbroken stream. Verrocite weapons are engraved with many of these runes, describing the wielder and blessings for their futures. The runes there in the pic simply say "Rabbit Sage."

Character and art copyright Aelius (me)