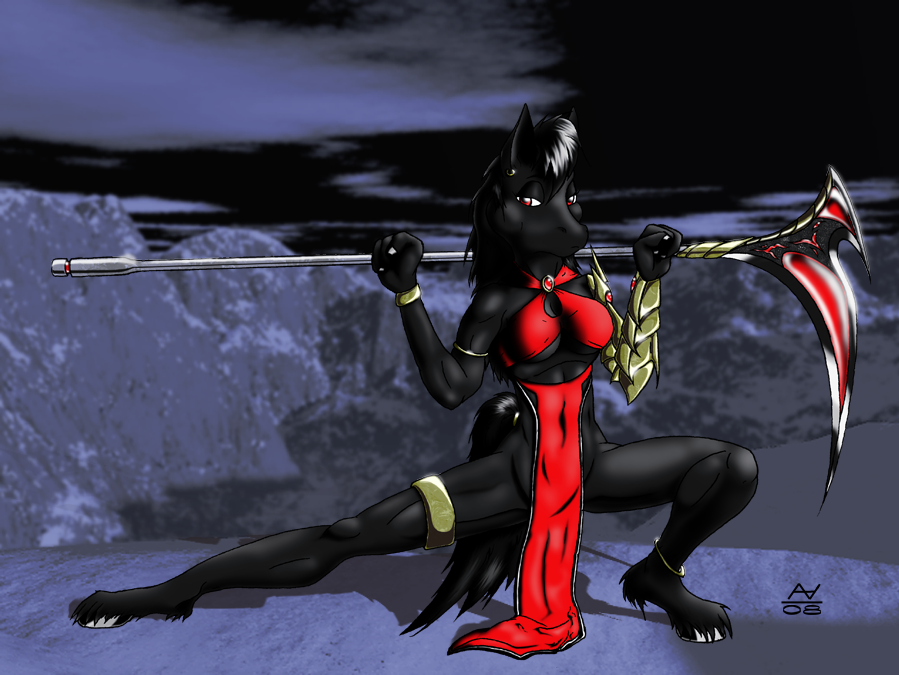 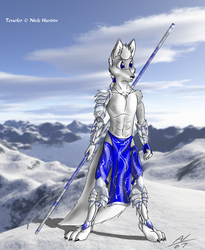 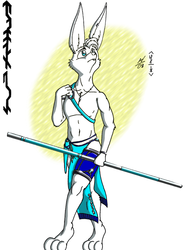 Akosha was raised in these mountains since foalhood, and can withstand the cold quite well due to her constant meditation exercises (she's probably doing one right now, due to the solemn look on her face; she's normally quite cheerful and optimistic!). In fact, the mare seems to be quite an enigma because of that. Red and black motif with an intimidating war scythe, it still amazes folks that she's a noble, benevolent Sage. As you can see, I did redesign her weapon a bit. The entire blade is now mostly Verrocite crystal with the focusing metal forming the metal edges and a rigid carbon compound making up the flat side. Akosha is already considered a master at wielding it, and like many Sages of that time did much of the construction herself. When it was finished, she named it Anatou, after a character in a childhood story that used to be read to her when she was younger.

This began as an afternoon scene, but since I wanted to try more glow effects with her Ruby Verrocite ornaments and then recalled the night scene where I introduced her in the novel project, so I did some Photoshop adjusting to make this a moonlit mountain range similar to that in which she was raised in. Terragen was, once again, the provider for the background.

I couldn't really get the glows on her scythe to look right, and since adding a more red tone to her highlights just didn't look good either, I went with a regular gem shine to her jewelry.