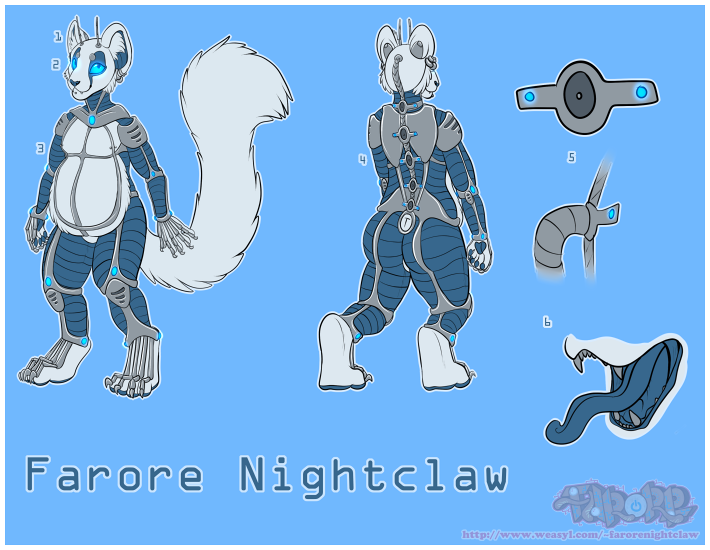 A new version of Farore! i wanted it to look more robotic to reflect my comfort with myself and no longer feeling like i have to hide my identity.

Internal reference can be found here.

Farore was made by a company called Simulife Robotics. Once laws were passed to allow robots to be counted as people under the law, Simulife made the controversial decision to continue producing robots, but instead of creating them for a definitive purpose, allowing said robots to choose their own purposes and designs. Farore decided it wanted to be a person in every sense of the word, so once it was produced, it was released under a contract that it could find someone to purchase it that would allow it to live as it wanted to. It found Cassio, and decided it wanted to be hers. However, it only belongs to her in the sense that she paid for it; it is its own person and in fact dominant over her most of the time. It also has a relationship with Hale. It likes to be helpful and prefers to be useful to others as often as it can, but definitely has its own goals and ideas about the world.