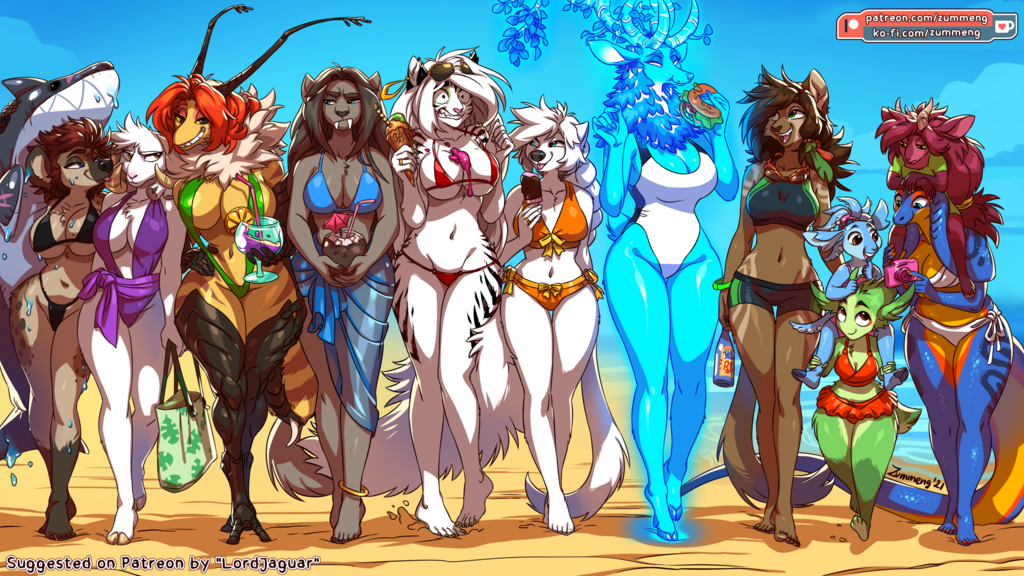 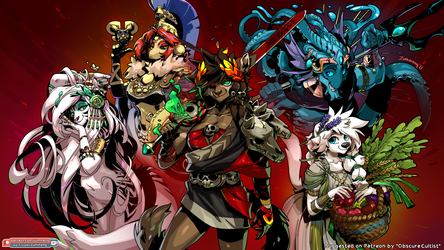 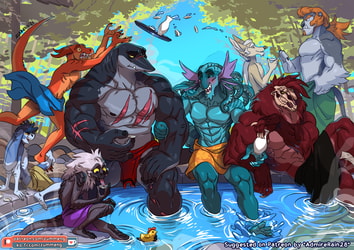 Okay guys, this is a BIG one! LordJaguar wanted a nice little bikini contest among some girls, but that suggestion really kickstarted my imagination :D Summer is already raging with full force anyway, so I thought why not have a cute and sexy bikini picture with ALMOST EVERY SINGLE MAJOR FEMALE CHARACTER WE JUST HAVE!
At first I wanted to add like six, maybe eight girls to the picture, but at one point I said "fuck it, let's bring everyone"! Back then I had no idea what enormous task I chose to undertake with this decision, but that's life I guess... :/ But anyway, no matter how much work it took to draw every single character full detailed, I have to say I'm extremely happy with the final result :) I say with almost every vote winner that „this was my biggest picture so far”, but I'm really starting to think that lately I'm really good at choosing the most challenging tasks :D
I wanted to show their personalities both with their body language and their choice of swimwear. It was a lot of work to find the perfect bikini or monokini for everyone, but at the end I think everyone got the one swimwear (and color) that suits their personality and character the most :)
Anyway, I hope you like them ;)