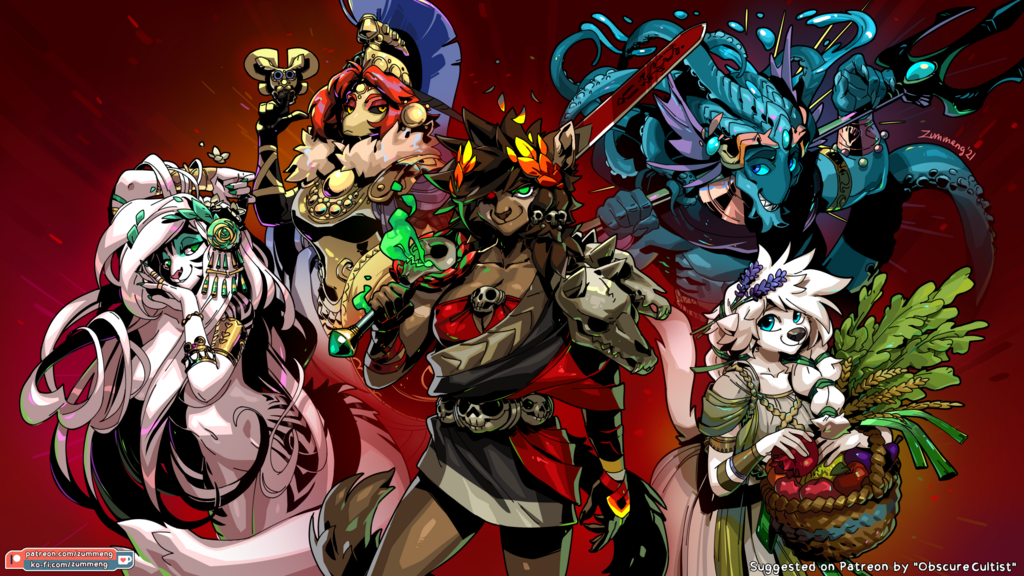 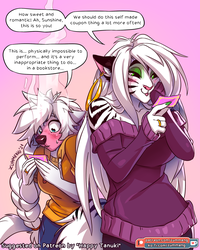 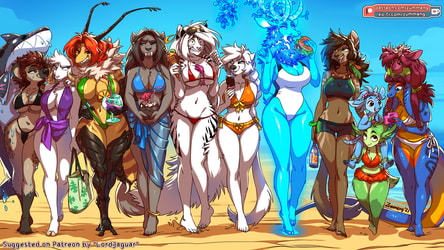 When this picture won the vote I got incredibly excited, because I got a chance to make not just a fanart, but rather a tribute to one of my favorite games: Hades. I spent months playing with that game, because it literally made me an addict. The incredible combination of gameplay, music, art style and the extremely well written and memorable story and characters is something one just can't have enough of. Roguelikes is one of my favorite video game genre, and I think Hades is one of the best roguelikes I've ever played.

So this picture is a lot more for me than a simple fanart. It's a tribute that was worth undertaking a lot of challenges and risks. Finishing this picture took me maybe more than 30 hours, but it gave me a ton of fruitful challenges, and a huge style practice. So excuse me for the HUGE wall of text (maybe this is the longest so far), but I have a lot to say about this picture :D

ObscureCultist suggested a few sketches where I could combine my characters with some characters from Hades. And the suggestions fit so well that I just had to make all of them, and add Miralle as Zagreus :) So let's see the characters in order:

When this picture won the vote, I was thinking if I should just make it in my own style, or if I should try to imitate the game's art style. At the end, I decided to try my luck with the game's style, because it looks so unique. But this is a HUGE picture, and I was kinda afraid that if I mess up the style I'll realize it too late and it's over for the whole picture... So I decided to swap up the usual progress quite a bit.

I usually complete the lineart, then the flats, then the shading, then the rest. But now I decided to completely finish Mira, and see how it would look. And I'm really happy I did that :) While it took some time, I found a ballpen style brush that looks very similar to the game's linearts, and after that it went surprisingly well! I looked and studied some portraits and concepts from the game, and I saw that they use three types of shadows, and that was very interesting. I had no problems with the colors at all, they kinda used very bright and saturated colors just like me.

After Mira, I decided to finish Stella next, because I thought she would be a lot easier than Mira. At the end I was kinda right and kinda wrong. I was right, because Stella had a lot less detailes than Mira, but as it turned out I had to spend a lot of time adjusting the shadows to her. You see, Aphrodite basically has two colors: her white skin, and her pink hair. She has no clothes and very few accessories, so most of the colors come from her pink hair. But Stella is white, and that's all. So when I finished with her, I felt something was missing. While I know "cosplaying" OCs will never give the same complexity as the original characters (because the original characters and clothes were created in a way so their colors would complement each other), I still wanted to make her look as much as the original as I just could. So at the end I started messing with the shadows, giving them a warm color, and even adding a third pink shadow layer to add more pink to Stella's plain white color. And at the end, I think it was a good choice, because she now looks very similar to the original character :)

Then came Alex and Alma. I had no problem with Alex, he was kinda easy, especially because his colors and some features are very similar to Poseidon's. Alma was a bit tougher though, I had the same problem with her as I did with Stella. Athene has a lot of blue with yellow armor, but Alma is also yellow, just like the armor. So I had to mess with the colors here and there, but she was still easier than Stella. Oh, and instead of an owl, she got a cute moth :D

When I got to Evie I think I already got pretty used to this style, so he was a lot easier to finish. And I had no problem with her colors, because Persephone's clothes fit her pretty well :) And I was happy for that, because the background and the „rainbow lights” gave me some trouble, but after messing around for a little while, I think I could work out a solution for the characters not to blend into each other.

And I guess that's all I could say. This was truly a monumental task to finish, but a fantastic experience, and an incredible amount of fun. And for closure I wish this 4K wallpaper will make you just half as happy as it makes me :)

This picture was brought to you by my awesome supporters on Patreon, and especially by those who voted for this picture :) Thank you again for everyone for the support, I love you guys! ^^

Every picture will be published on my Patreon first, and only after 1 month will they be public.

If you want to help me to make more original contents, like comics and pictures, or if you are interrested in exclusive sketches, progressions, wips, PSD files, Q&As or monthly votes, Patreon exclusive streams and progress videos, and having access to all of my artworks in full res 1 month before they get published, support me on Patreon! :)