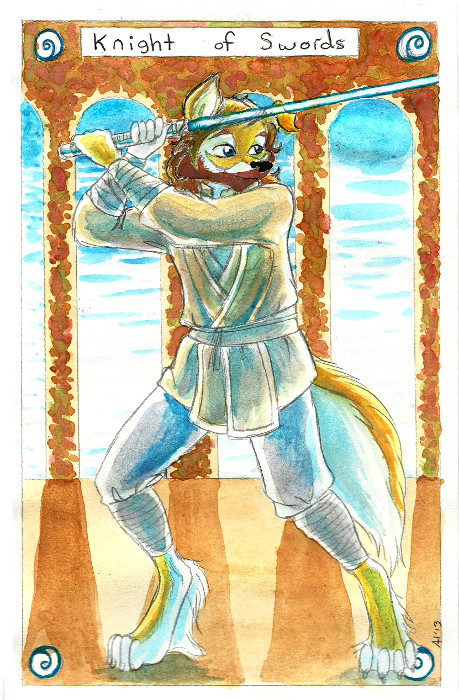 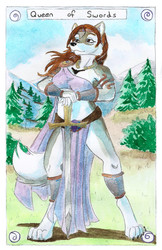 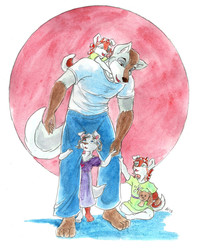 So I'm planning to open a set of themed commission slots for Tarot Card art. This is something I've wanted to do for YEARS, but until recently, I wasn't sure I could actually pull it off. Each card will be done in color, watercolor over graphite as in the example, with the general theme and background of each card hopefully meshing with the character or characters involved.

I'm mostly planning to concentrate on the major arcana, but I can also do cards from the minor arcana, like this one where I've made wielder's version of ObiWan Kenobi into the Knight of Swords. =3 This was something I plotted out BEFORE she surprised me with lovely gift art the other day, thankyouverymuch. =P

I'll open for Tarot commission slots soon, and I'll post more concrete pricing at that time. =) Though suffice to say, these'll be at somewhat of a discount from my regular commissions, so it'll be a pretty good deal! You'll basically be getting a full blown mini painting from me. Slots will be first come, first served, and I won't be doing duplicate cards this time around, so if there's a card or cards in the Tarot deck you're particularly fond of, make sure you talk to me soon after I open these up!