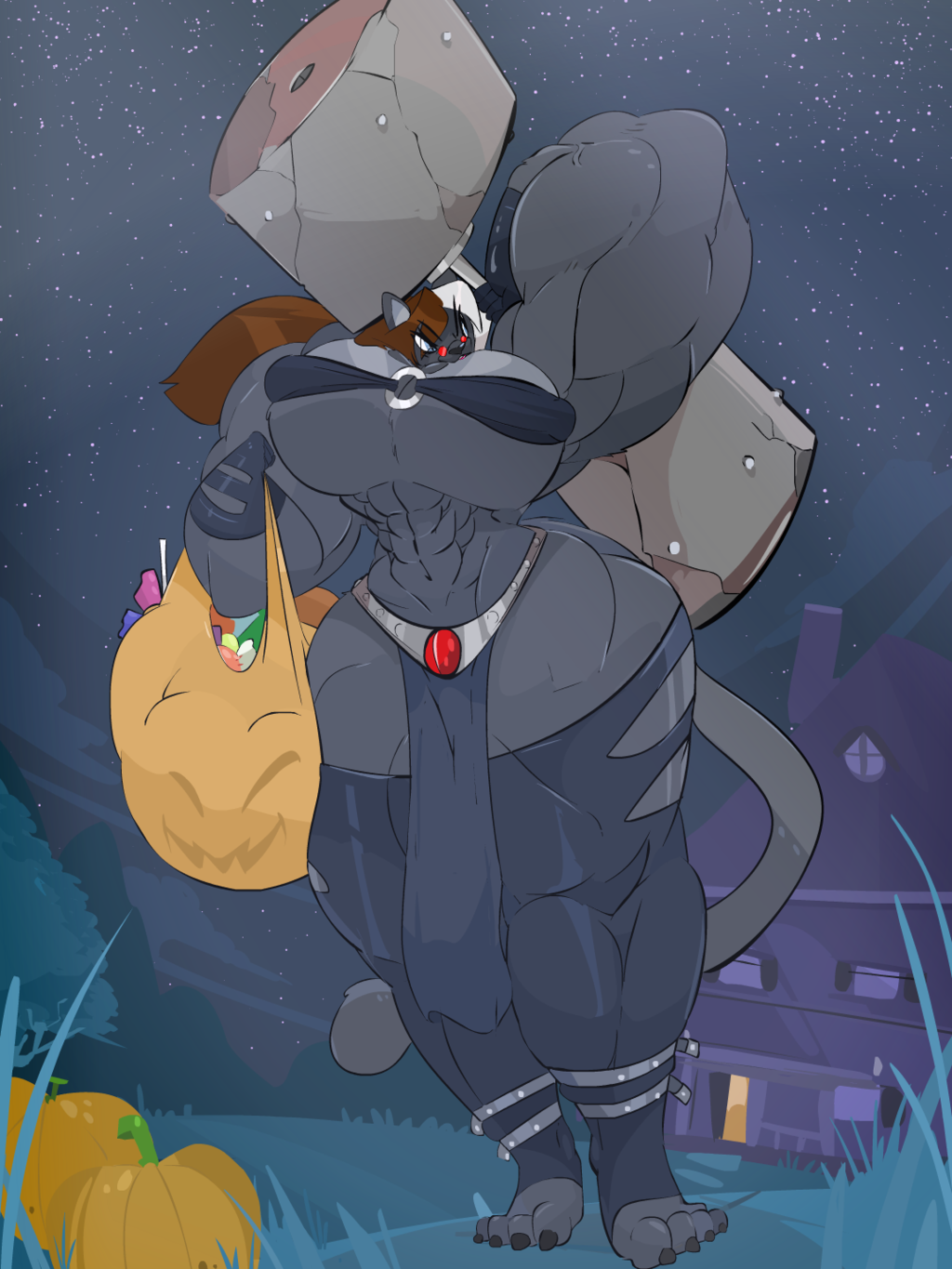 It was out of nowhere when Commoddity has opened for commissions again and I made the decision to choose him to do the 2016 annual Halloween picture of Launa out in style. Here she is doing double duty on this Halloween night where she goes out as an actual trick or treater!

Though you already know that her gigantic muscles are the result of her taking a special tea that enhances her body beyond anything magic could do and though her body does not need any physical training to keep her muscles big and strong, she loves to work out not just to keep appearances. But thanks to her new family, adventures and other commitments, Launa decides to make her workout regimen to a biweekly affair.

Problem is one of those workout weeks just happens to fall on the night where she does her work and her nephew Andrew is going on what is to be his last time of trick or treating (nothing serious, it's just growing up) so on that Halloween night, she has to watch Andrew and his friends, while sneaking in some hard reps to keep that bod in check.

One key moment is when dealing with a neighbor who is stanchy with giving the kids real candy except for the ones who suck up to him. When Andrew and his friends came in and does their trick or treat routine, the guy berates them over their costumes until he looks up at the sight of a gigantic cat-woman doing triceps chops with a giant stone dumbbell. Seconds later the kids got the best candy and Launa with the rest, though she was confused as why he keeps saying "take the candy, please don't hurt me."