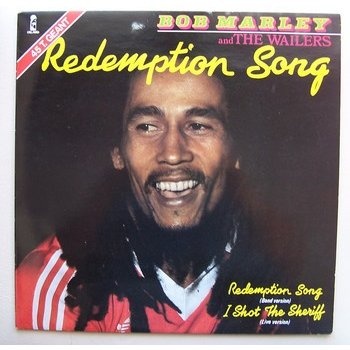 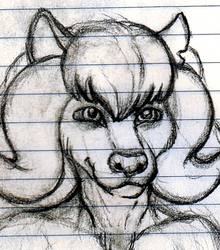 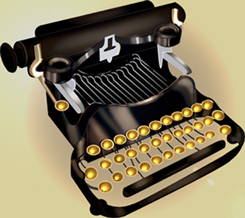 I was really hoping to be able to do something musically on Red Savage's birthday. I thought it was important to do it the day of. So I waited 'til early morning to start seeing what I could do, knowing I'd probably have to do a vocal cover or something with half my equipment being useless right now. I went through song after song that seemed like it might feel right, and none of them did, which is why the recordings were never good enough for me. When I got around to Redemption Song though I had a very strong feeling in my heart that this would be the one to make it, be up to snuff for at least my pretty lax standards.

Bob Marley was dying of cancer when he did Redemption Song. He was in a world of pain, physically as well as emotionally as he sang it in the original studio sessions. He's said to have collapsed a few times in the making of it, and I nearly did after the second verse which is why there's no repeat of it as in the original. I don't know if what Marley was going through with cancer compares to what I'm going through, health-wise, but I do feel like my own days may be numbered, and I have been going through a very similar crisis of faith, like Marley, because me and Marley used to share that faith and had it shook by the concept of death and the reality thereof.

Bob Marley did find God in the end, in a new form. I'm still searching. But I'd like to think of this as a prayer, to whoever that God is, whether he is Jah Rastafari, Anubis, or Lucifer himself, to please let Red Savage and Milo Time be okay. Help me open my heart once more, so I can let them in, like I've wanted to for month after month since this horrible massacre took place. Maybe I had to let God in to do that. Well, for what it's worth, I'm glad to have him back in my life and know I will be welcomed even more strongly by God, if he is God, when he is found.

Some people think the spirit of Red Savage is guiding them and everything. I know she's with me but she never tried to push me too far in any one direction except to just create, love what I do and who I do it for, and that has not changed. I may have to wait a long time to finally hear her voice but she'll wait no longer to hear mine. And that goes double for Jah. Because I think Jah missed my voice. And I think some of the pain I felt was Him trying to tell me that.