My sona 2020 edition by WinterRythmBunBun17 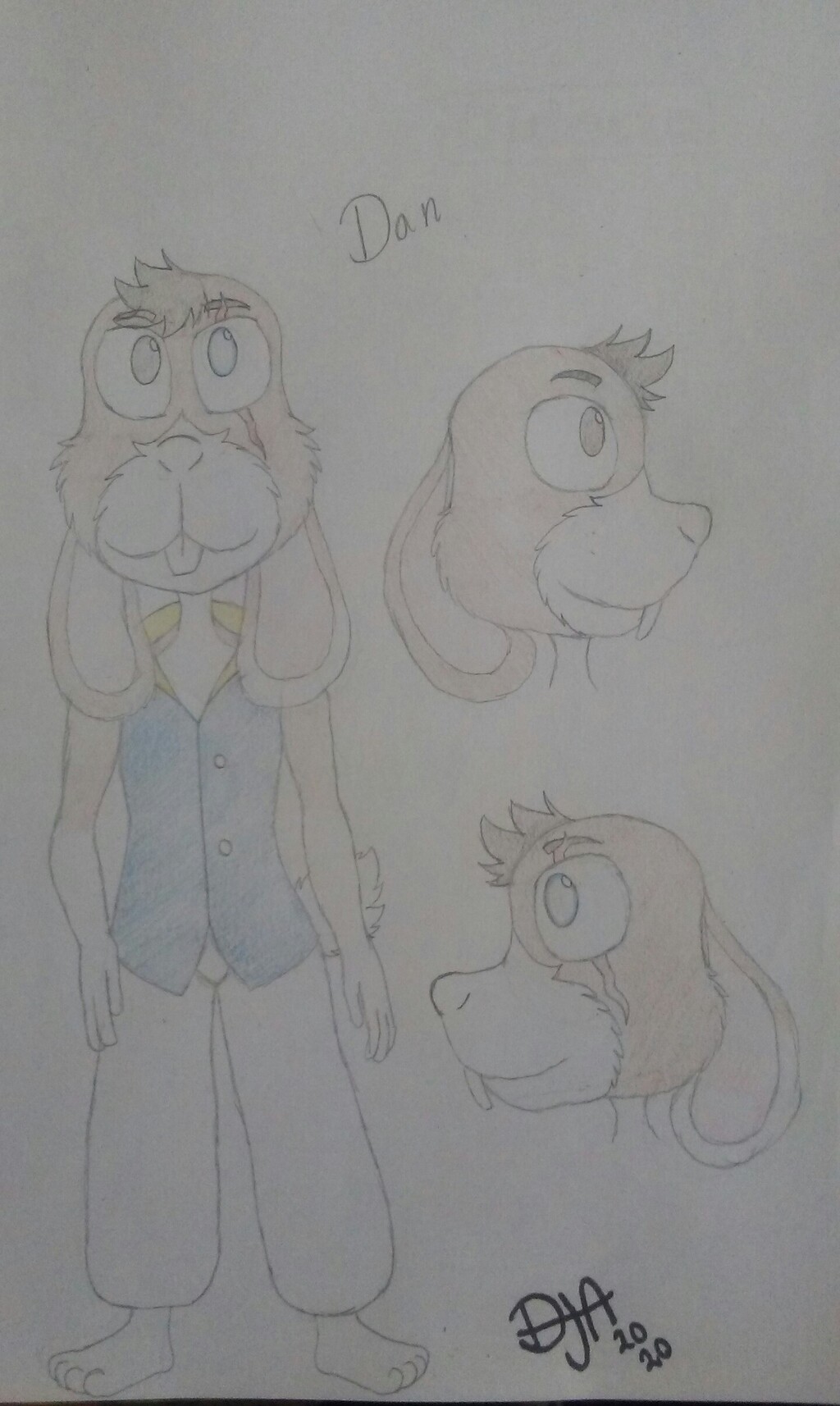 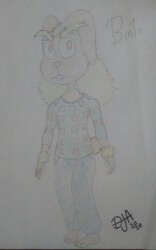 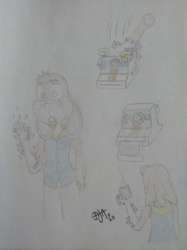 Hewwo nwn !! I finally made it, this right here is the definitive aspect of my fursona/representative character/OC inspired from myself etc etc. And as such great yet simply looking character I'll make a bio too!

Appearance: Dan is a slender build bunny with brown and white fur, such fur covers only the mouth, arms and feet areas while the rest is brown, he has a spikey turf of hair which is brown colored and one of his eyes is also dark brown, the other one is a glassy blue with a knife's wound across it. He wears a sleeveless buttoned shirt with a yellow neck and two buttons to keep it closed, he also wears white pants and no shoes.

Bio: Dan was a bunny free of worries living in a good yet uproarious family, which hardly meshed well with his laid back and relatively calm behavior, when things got worse for his country he started his work as a hitman, when his parents found out, they had a harsh argument, where Dan pointed out his dad wasn't exactly a nice loaf of bread giving his back to his family. When the whole ordeal went to higher scales, his mom stopped them from fighting and he strikes a hit on Dan, which finally set his mind on leaving and keeping up with his job without guilt.

Although his mother's face when he left Mae him re-think how he should carry out his job, that's why he established the policy of "only killing rich and unscrupulous people that are worth as a threat" basically kill only bad guys and rich bastards, even with such policy he became a really well known hitman for his efficiency at work, for the better and the worse, there was no doubt people that his victims knew would take revenge on him, one in fact stabbed him in the eye causing the wound he has now. Even then he couldn't back up from his line of work now, if there was no one hunting these people down he had to give it a shot.

Recently these weeks someone had shot him with a particular arrow, which miraculously didn't shred his heart even with how close it was to it, what was weirder was that when Dan survived the shot the arrow slowly slid out of him when he was halfway getting up before falling and going asleep by the wounds, his partner at the time saw him and treated him as fast she could as Dan survived the death once again now gifted with a tool that from now on would help him in his work.

He's a easy going young man with a big charisma to match, curious about everything he sees he finds entertaining and that's why he likes walks, for some reason his set of mind has it difficult for him to understand or express his own emotions properly even when his empathic and caring nature let's him try to understand others and help them, even with poorly handed advice. One thing's for sure is that he loves the ones he cares about and worries about not hurting them, he spends his free time daydreaming about the things in his head and he finds drawing a good escape from reality and expressing all those things he brews up in his mind, he can also be pretty sensitive and quick to irritate or enrage which others would find adorable if we weren't talking about a bunny with a freaking rifle. He tends to make jokes about almost anything he talks about with others for no reason, he is comfortable with being alone most of the time and really hates uproar and loud companions (something which doesn't help with being part of a big family). He puts everything he got on his work and faces danger with a smile on his face. But if hr finds out a client was tricking him into killing an innocent, they won't have a nice time dealing with him >:3!