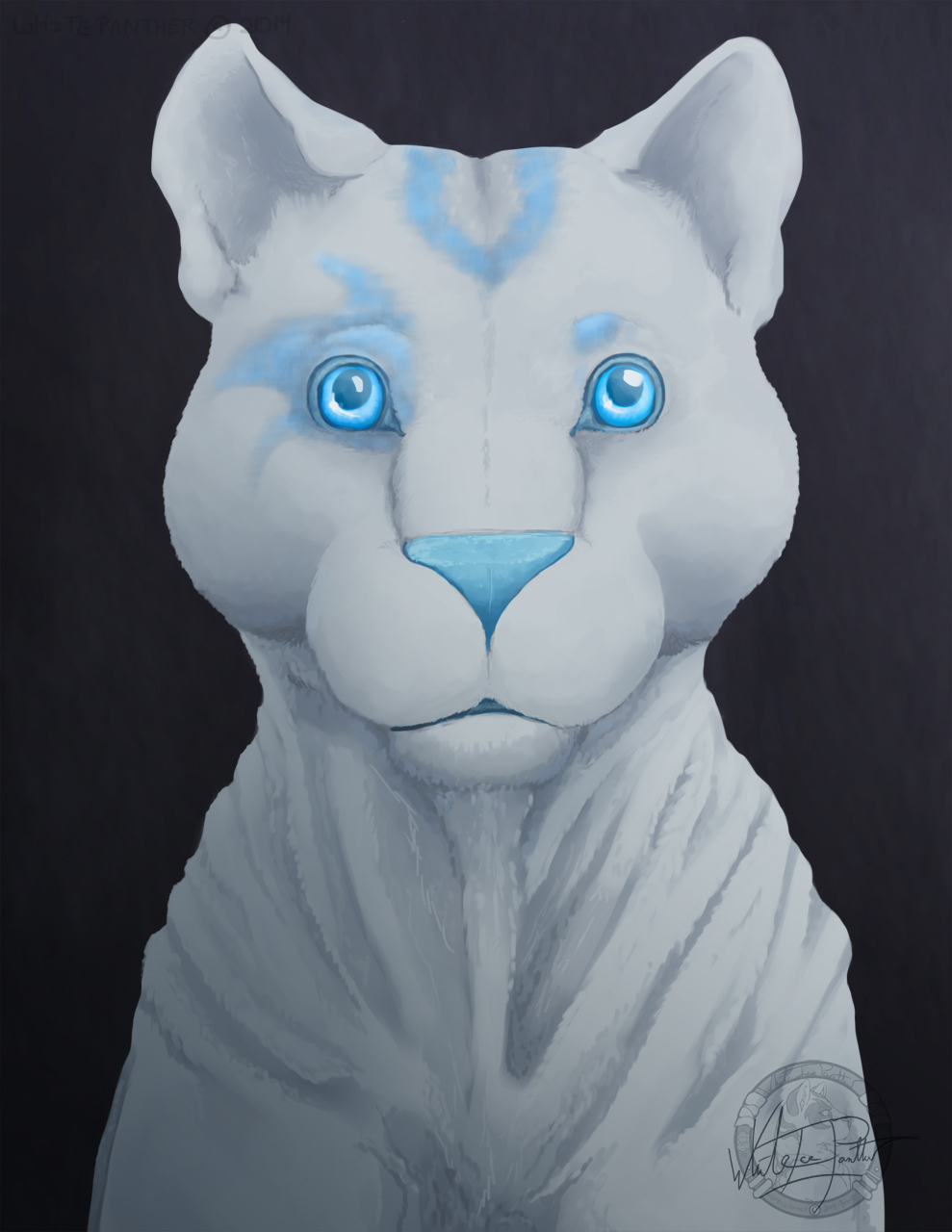 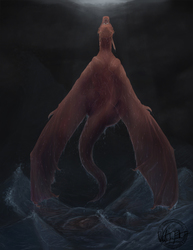 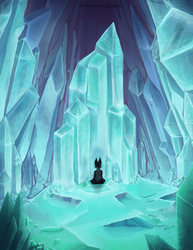 Is that how you'd say "of ice"? Ician? Iceic? Bahaha, all I know is "iced" sounded a bit too boring and didn't have the right connotation so I made up a word. Anyways...

I haven't painted or drawn any "realistic" animals in quite a long time. Which is a bit shocking since that's what I used to spend a lot of time on several years ago, prior to me joining any art sites actually. So I had the idea to draw my white ice panther species in a more realistic form. Well, as realistic as it can be given the fact that it's a made up arctic dwelling, fantasy pantherian species with blue fur markings. Now this isn't the best realism painting, but it is on the anatomically correct / realistic side which was the focus this round. Next one I'm gonna go for both. I'm also not going to go nutty with the baggy neck skin next time either.

I'm debating on changing her markings...again. The original thought all those years ago when I drew the first white ice panther was that the stripes would be like swirls of cold wind and maybe incorporate the looks of fractured ice. Well, I never did bring in the later and the first I'm has morphed a bit into like tiger stripes. Part of why I'm considering changing the stripes is cause panthers usually have either very simple markings or spots - though they can be very hard to see. I think taking Wip to that next stage of character design and refining her markings a bit at the very least might be a good idea. We'll see.

So there she is, in a basic sitting, portrait angled, pose. I'm tempted to do another realistic styled one but with a more interesting pose.