I mostly do custom action figures and Sonic art. I'm not going to post my older work here but check out my gallery on deviantart and my youtube channel.

Most recent: Zarken's other Sally statue 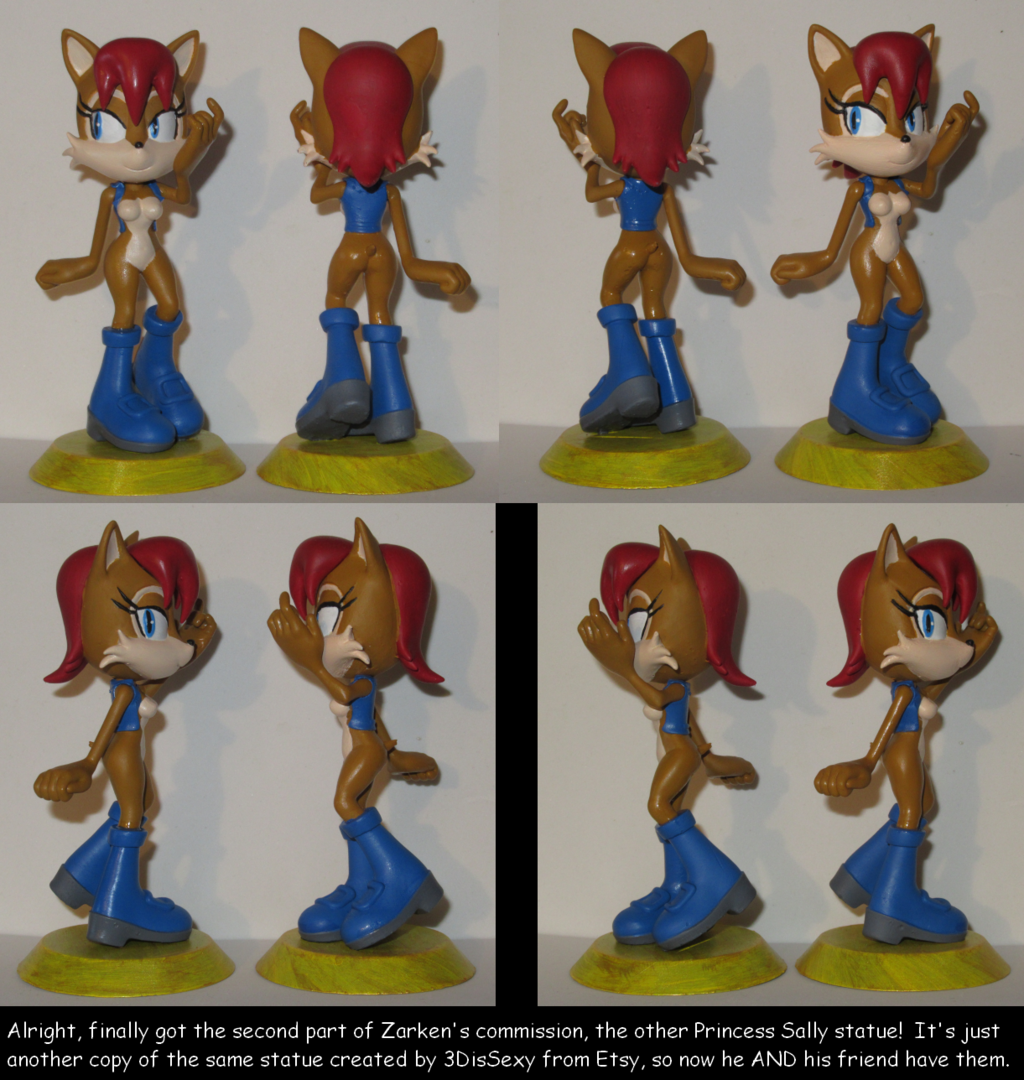 What can we expect in Scarlet and Violet?

So I was thinking, the new Pokemon game is gonna be in a region similar to Spain right? I decided to google some Spanish folklore to find out if there are any creatures unique to the country that they might make into pokemon.

-Basa-Jaun, aka "Lord of the Woods" a kind of ogre credited with teaching humans the art of forging and agriculture, and who protects goats and sheep from thunderstorms. Perhaps he can be a steel/ground type (to go with the forge and being immune to electricity) and otherwise look like a big hairy guy, kinda like Grimmsnarl

-Bicha, a monster with the body of a bull and the head and face of a human...that's kind of weird but I don't think we have a proper minotaur pokemon yet, let's go with that!

-Caballucos del diablo, THESE little buggers are kind of cool, literally translating the name to "devil's little horses," they're kind of like...fairy horses? They have insect like features, have tiny devil riders, come in seven colors, and they try to destroy 4 leaf clovers so that people can't have access to that good luck. I can actually kind of see these guys, maybe like a scolipede with wings, or perhaps just a little horse with dragonfly wings, like those fairy ponies in that one episode of Friendship is Magic. Maybe they can evolve into something that looks more like a proper pegasus, they can have markings that look like 4-leaf clovers, and they can even come in multiple colors like minior.

-Culebre, definite candidate for a new dragon type pokemon, the design is simple enough, a snake with bat wings, they tend to guard hordes too, so maybe they would have an attack resembling payday or having the pickup ability?

-Dones d’aigua, "ladies of the water" basically they seem to be like sirens or mermaids, but they're good to humans instead of having a reputation for trying to drown them...we have Primarina already, but I kind of want a pokemon that looks like a BOTW style zora, or at least homages it in some way

-Duende, a spanish house spirit that looks like an old woman with icicle like fingers and acts like a poltergeist. I don't know how we can do it up properly, but an "object pokemon" that looks like a little house would be a fine humorous homage.

-Espumeros, these guys resemble fat children who wear tunics the color of seaweed and play trumpets...this is just begging for a regional variant of Spheal, one with a horn of some kind

-Ijanas, naked women with breasts so long and floppy they have to drape them over their shoulders (WTF goes on with the twisted imaginations of the people who make these things up?!) They seem to be quite greedy and gluttonous, destroying beehives looking for honey and breaking into homes to steal food...so maybe a Honey Badger type creature? Perhaps associated with combee and Vespiqueen?

So that's what I was able to look up in 5 minutes, are there any other Spanish folklore creatures you think might be good pokemon? Anyone wanna draw up some concepts?

I will make a custom action figure of a character you want, be it official or fan made. I have a pretty long queue, but you can get ahead of most of it by send me a base toy in the mail. Keep in mind you have to reimburse me the original cost of the toy as part of the commission

for convenience, I have an e-mail just for commissioning, commissionwakeangel2001@gmail.com