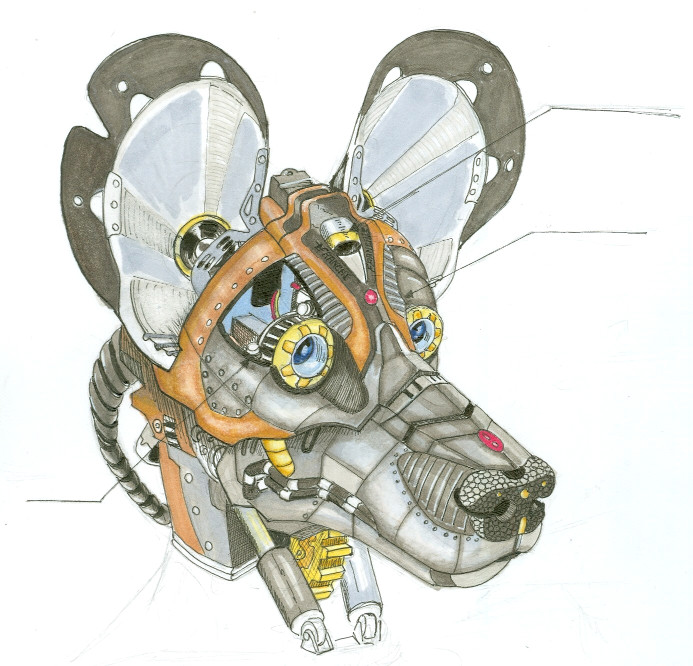 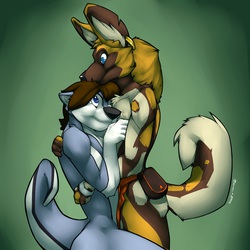 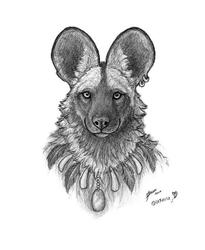 Levn approached me a while ago, asking if he might use Utunu for some sketch studies. He was intrigued by the Robotunu picture I had gotten from

P_Sebae, and wanted to try his hand at the robotic anthro concept. I said sure, and am I glad I did! He did an excellent job; I love all the awesome little details!

I'll include the background (which I reworded slightly, hopefully you don't mind Levn!) that Levn wrote here:

The African arms company Franchi has many secrets stowed away in its test lab. Not all secrets can be kept, or in this case contained! One of the remaining drafted renderings of the AWDH V2F seemed to escape with Utunu as he broke out of the facility. Based on preexisting naming conventions that Franchi has used, it was clear that the 'H' is indicative of being a hydraulic powered model, whereas the V2F identifies him as the second version of Robotunu produced by the seemingly harmless company.

Thanks bunches, Levn! You did a great job, and it always makes me warm and fuzzy when folks like my character enough to give me such a spiffy gift! I really appreciate it. :)

Go check out his page!