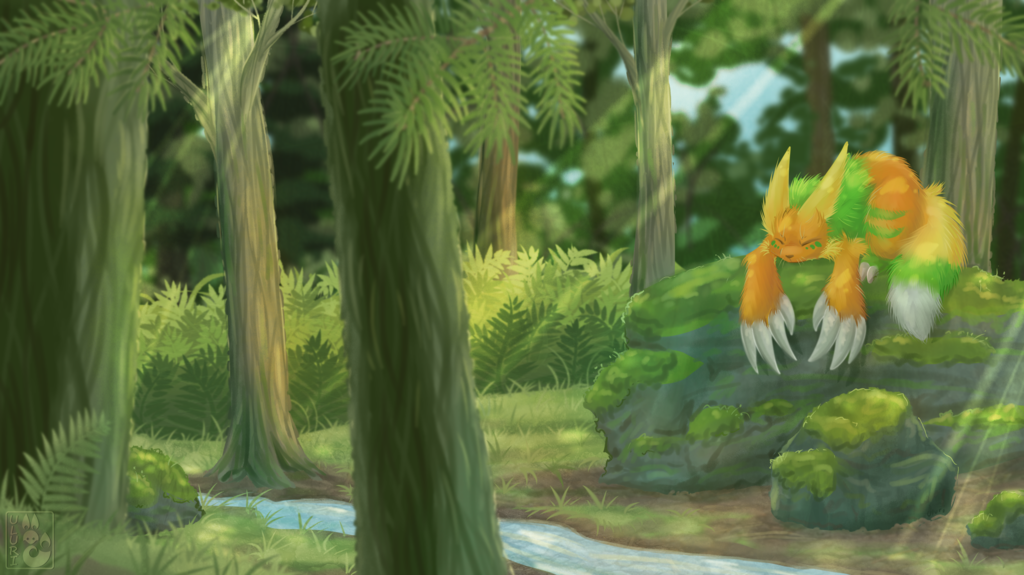 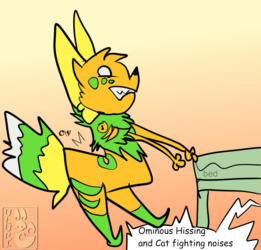 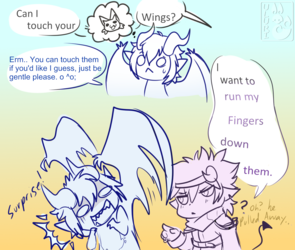 This is the Grandfather Mossy rock. This art is based off of a large mossy rock in a place I used to live in the middle of nowhere that I liked hanging out at.

Here we have an Edited version of my Contest Entry for Picarto. I removed their mascot and am only posting up the Me only version of it because I very much felt that the way they handled the contest voting was a catastrophe. I'm not interested in displaying the original.

Firstly, They center-cropped thumbnails into a square rather than displayed the full image thumbnail. Obviously I and a good amount of other people who entered with non-center oriented artworks were at one HELL of a disadvantage. Our arts were basically not displayed to voters. You only saw a Tree in mine. I saw some people who had only half a face with a wall as a background in their thumbnails.

Secondly and most awful, the voting system was actually bugged. While big-screening artwork for me to get a better look at, it Automatically voted for me just because I enlarged the thumbnail. ON an art I wasn't even interested in no less. It was infuriating. I never actually voted on any artwork, but the darn thing displayed that I voted on THREE separate pieces.

So yeah, this version will be my public posted one instead for those reasons.