Comish - On Patrol by TwilightSaint 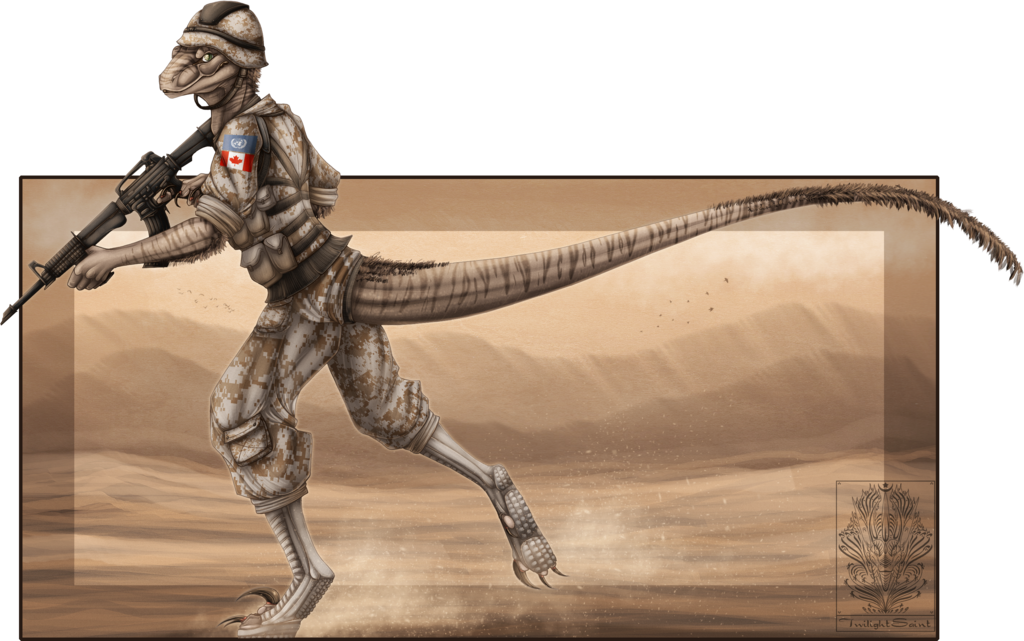 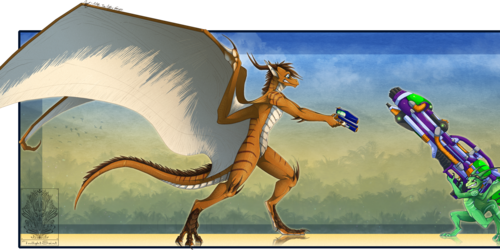 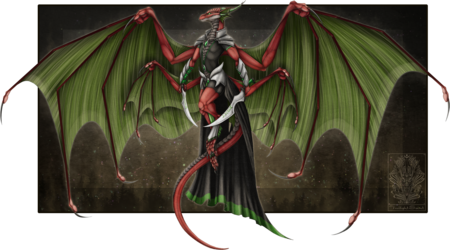 Realistic shaded commission done for ChapterAquila92 of DA of his awesome velociraptor character, Eric Patterson, out on patrol!

Augh, I am so happy with this piece! shakes you by the shoulders I had such a freaking blast with this guy, from the sketch to the finishing touches! I mean, seriously, a velociraptor in desert camo roaming the desert with a rifle? It doesn't get much more ba than that.

Also, if you're wondering what type of rifle that is, it isn't, because I made it up! 8D Eric here is set in the near future, and Chapter gave me reign to design a different rifle style. I based it mostly off of the M-16, with some AR elements, and I, of course, had to include some elements of the AK, since the AK is the best rifle you could ask for, (and is super for sandy, gritty environments.) Only AK~ <3

I also got to design some anthro-fitting fatigues for him! I made sure to make alterations for his tail, and also made boots for him! ^^ Eric here is actually more plantigrade, so hence why the treads are on the bottom of the actual foot, and not his toes.

I seriously can see this dude and Muzafr in matching camo making some epic battle plans. Freaking desert camo, man.