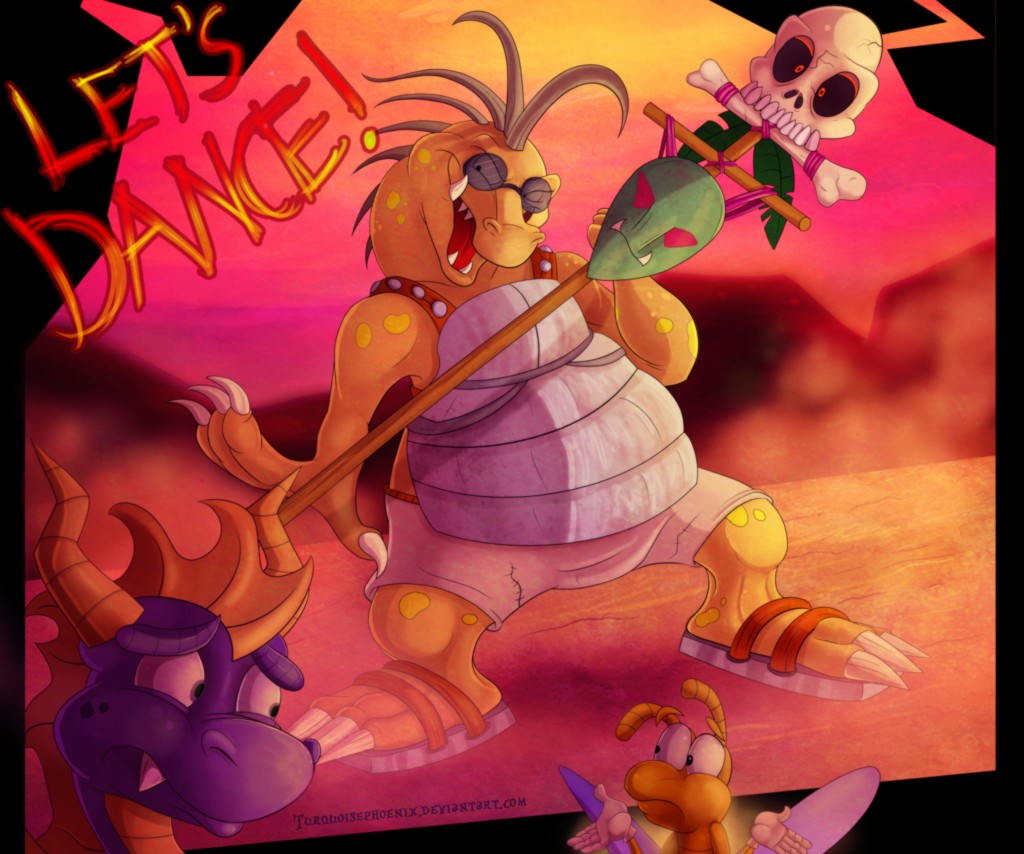 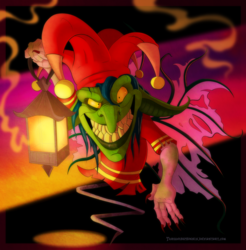 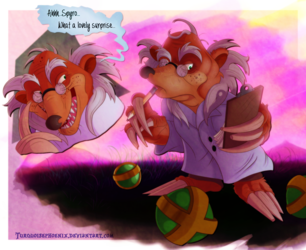 I'm doing a small series where I'm slowly revamping the Spyro 1 bosses if only because their actual designs are not super appealing to me, and now I got to my personal favorite boss.

I imagine him sounding like Tone Loc, especially after Ferngully.

In terms of the Spyro 1 bosses as they actually appear in the game and how they actually function, Doctor Shemp is easily my favorite. There is a lot of personality, the boss level actually focuses on this guy, and his boss battle, while easy, is a ton of fun.

It's just the design itself is kind of blobby. It's easily the most ambiguous "creature" in the game because I literally cannot figure out just what the hell Shemp is supposed to even be. I see him interpreted in fanart as a humanoid or a gnorc but for some reason, I thought it'd be a ton of fun if he was actually a giant iguana of some sort and, by extension, all his little yellow followers in the Peace Keepers' world (except for those soldiers in the hub; those are clearly gnorcs) are also lizardmen.

Because hey, if there are dragons and dinosaurs, why not also say there's a race of lizards that might be slowly dwindling because their more powerful cousins are stomping them out?

Unlike the others who are in it for either personal gain, loyalty for Gnasty's cause, or just a general desire to see the dragons burn, Doctor Shemp is a very hedonistic loudmouth party animal who only really set his targets on Titan's stronghold because he knows the desert landscape like the back of his claw.
...okay, there's a little revenge in his motives, he must admit, because lizards and dragons go together like oil and water, but Shemp doesn't really care who really "wins" so much as can he get a good brawl out of it. The fact that he defeated Titan in combat (because I like to imagine that the Spyro 1 bosses all defeated the Dragon Realm leaders) is something that, to this day, drives Titan insane.

Even though his rather boisterous nature that does make him look like a big dumb animal, he is a very accomplished shaman and also a very accomplished leader of his race. I imagine after Gnasty was defeated, Shemp just decided that wasn't going to work anymore and is probably, to this day, living out in the deserts in the Dragon Realms and blasting his music in the wee hours of the morning.

Oh, and he had a tail, but it was burned off after one too many fights with dragons. But despite his big glaring weak spot, he never watches his back...