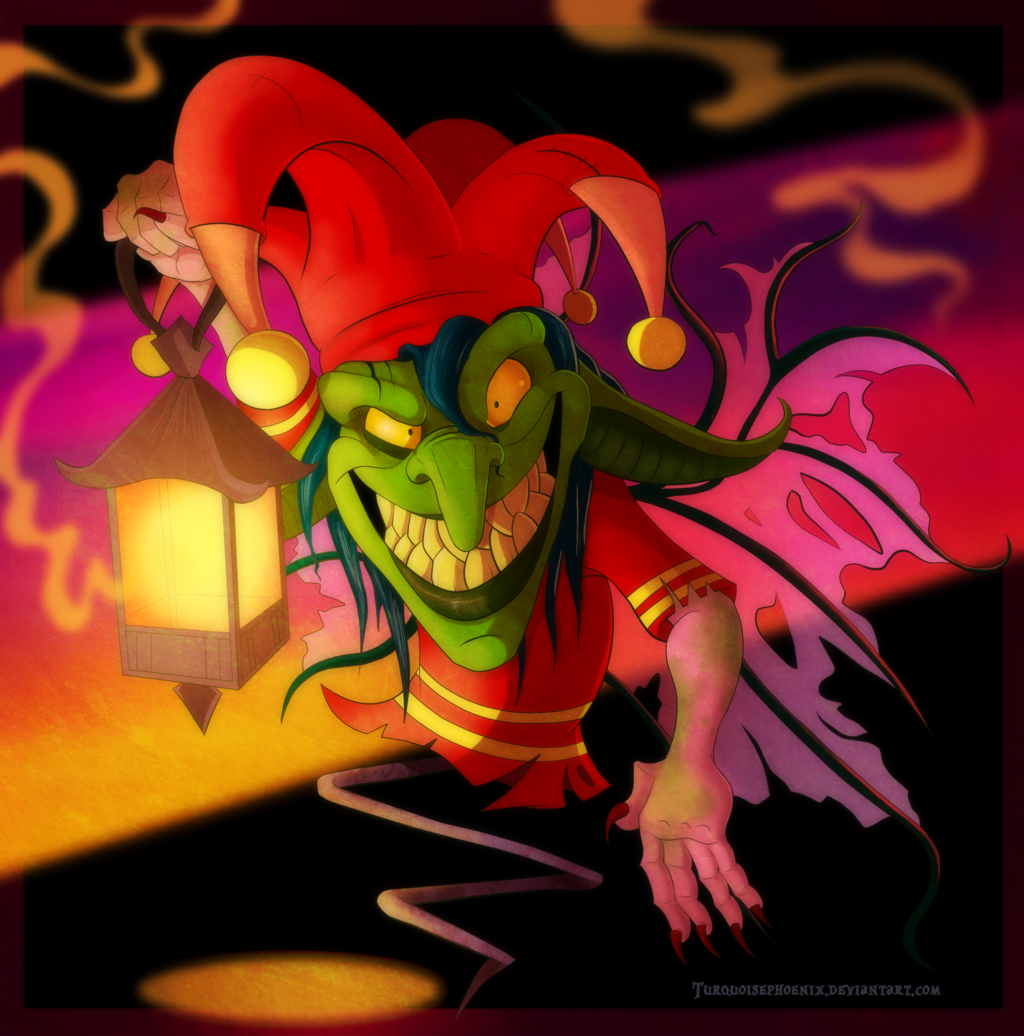 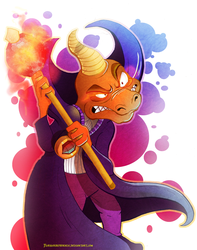 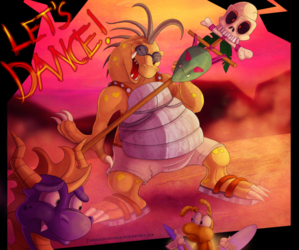 I will be honest. The Spyro 1 bosses are nothing to write home about design-wise. In fact, when you compare them to other games that came out around that time like Crash Bandicoot or anything Rare did in the 90's, one would even say they're pretty, well, awful. Especially when you see the boss of the Magic Crafters world. Thankfully the later games would fix this, but it was a very stark comparison to the dragons and the gnorcs in terms of creativity. The dragons look all interesting and cool and then they make you fight a bearded man with tornado legs named Blowhard. Spyro 1 sure was something.

So I figure I'd slowly revamp them, beef up their backstories, make them actually likeable or at least mildly interesting. And make them the opposite of what homeworld they're in. Starting with Jacques, the creature in the Dream Weavers homeworld that wasn't as frightening as the lizard beasts in dresses in the actual level itself but had the most potential.

Where there is dreams, there are nightmares, and Jacques was once a Fool with the most potential for wielding dream-crafting magic. But he was also incredibly ambitious, and soon his annoyance at the dragons for perceived mistreatment of his race soon turned into hatred and he decided to lead a minor Fool rebellion against the Dream Weavers in order to "claim what was rightfully theirs". His small rebellion failed miserably, but he ended up in a one on one battle against Lateef, the Dream Weaver Elder. Now, Dream Weavers have more whimsical, dreamlike, reality-warping magic than their brothers (the Peacekeepers didn't know of the rebellion until after the fact, it was dealt with so handily), and Lateef's way of stopping him was to turn him into a child's toy. A jack-in-the-box, if you will. Like his name. Dragons are ironic.

This act of humiliation completely deflated Jacques' ability to garner favor with the other members of his race, and even though Jacques had enough magic to counter the spell before it progressed farther than his legs, it was not enough to remove the spell entirely. Enraged and defeated, he decided to hack off the box that was now his feet in a fit of rage, use the broken spring as a main form of locomotion, and make throwing boxes his main weapon just as a way to really give Lateef the middle finger.

He also thought that Gnasty's campaign would give him the boost he needs to take over the Dream Weaver realms, but after expending most of his energy on stealing Lateef's residence from him (the Jacques world is actually the place where Lateef lives and all the Dream Weavers meet in the senate to decide on dragon politics) and creating his lizard monsters, he really was too weak to fight against a mere purple dragon whelp. Thus Jacques became even more of a laughing stock with the Dream Weavers than he already was and he really earned his whole "Fool" status. Ever since then, he lurks mainly in Dark Passage, licking his wounds, becoming more twisted as the nightmares gradually consume his mind and body, letting the bitterness consume him, and perfecting his craft in nightmare weaving.

Soon, the Dream Weaver world will be his.

Might do this with the other Spyro 1 baddies. I have good ideas for Metalhead and Shemp.
I might skip Blowhard, that being said. Even I couldn't make Blowhard a good idea.

Disclaimer: Since I've been having problems with my Spyro artwork as of late, instead of saying "feel free to repost as long as you give credit", I am begging people to PLEASE ASK FOR PERMISSION BEFORE REPOSTING MY ARTWORK. I don't post this stuff anywhere else and I would like to keep track of where my stuff is going.