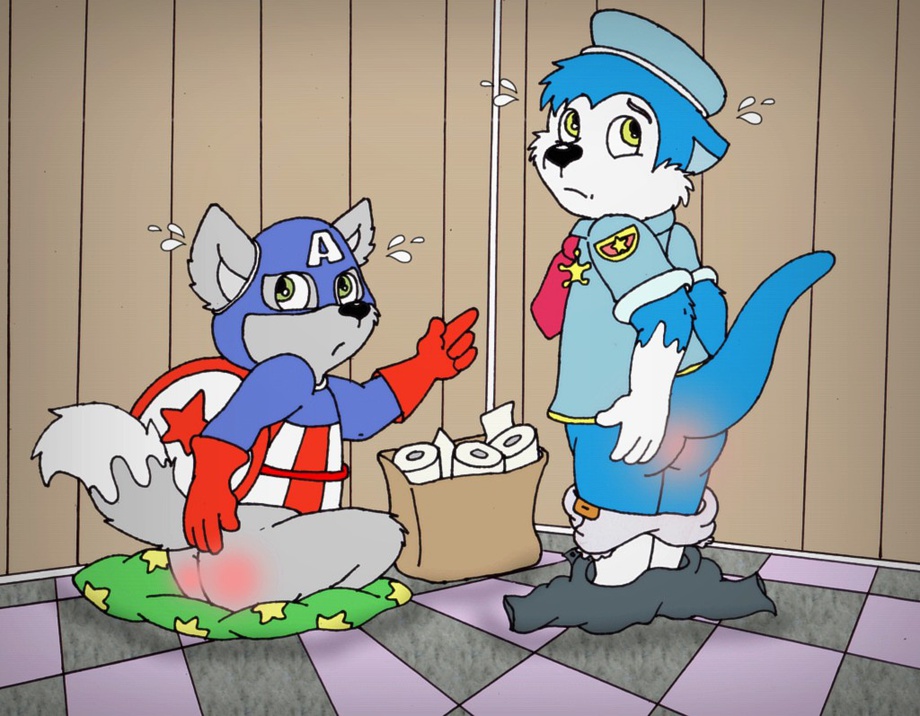 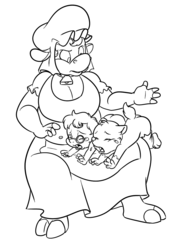 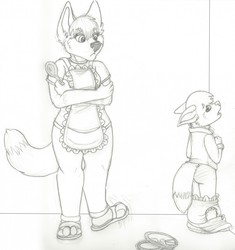 Turns out that when you are TPing someones house for not giving you candy on Halloween, the owners get pretty upset. The owner came out of the house and chased the cubs off of his lawn. Unfortunately for Caiden and Island they were chased right into the grips of their parents who were not pleased at all. The parents dragged their cubs by their ears to the owner to apologize for making a mess of their house. On top of that they had to go back tomorrow to help clean up the mess. After the conversation with the home owner, both cubs Halloween was over for them as they were brought back to Island's house. Once they arrived inside, both cubs were taken to separate rooms, had their diapers removed, and given a good spanking for making a mess of that nice mans house. They were then put in the corner with their red butts on display and told that they would not be allowed to eat the candy that they had collected for a whole week since they were so naughty.

This is a follow up to this picture: https://www.weasyl.com/submission/1134893/trick-or-treat