Hi. I'm Brian the Tiger and I hope we can get along as friends.

Profile of Brian the Tiger

Skills: Is a good bulider

Bio: Ophaned at age 1, his parents got killed by the hunters. Before his parents was killed, he was placed in a basket with a blanket and sends him down the

river. He was founded by other cubs longer before he was born. The cubs took him shelther in a place unknown to the hunters. The cubs raised him as one of

their own, for their parents was killed by the hunters as well. He noticed that the cubs were wearing a diaper and soon he is wearing one as well. Playful and

energic, they named him Brian. As time passes he turned 4 and remembered his parents and the other cubs told him that their parents was killed by hunters

as well. They all form a group hug, and that's the story of Brian the Tiger. 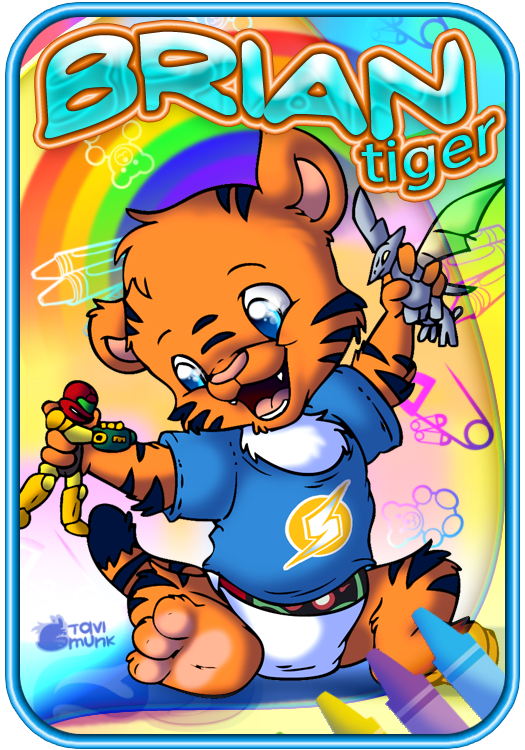 Suspension from FA is over