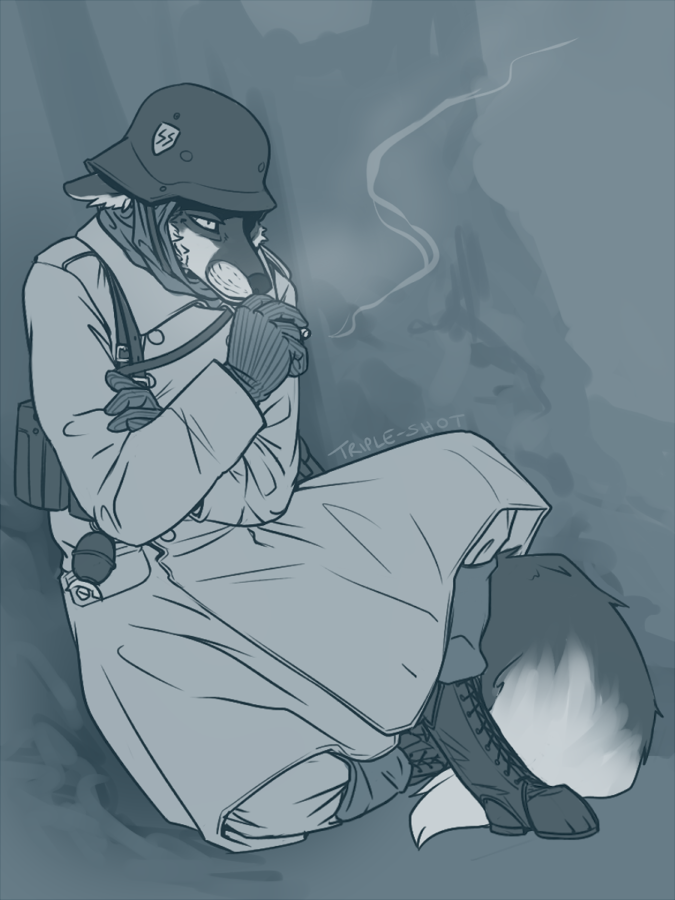 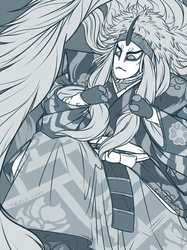 After stumbling across a goldmine of WWII German uniforms, I had a hard time choosing which one I wanted to draw! As Plague-Angel specified a time period towards the end of the war, I ended up going with an infantryman in a greatcoat.

While the greatcoat was introduced in 1942 and was generally the most prevalent of winter gear by 1944, it was progressively manufactured with inferior quality materials due to shortages of wool. Unfortunately, this meant that despite the superior collar and neck and head protection of the design, this meant it quickly became creased and shoddy in the field.

To combat this, other winter clothing such as the woollen toque, a high turtle-neck sweater and heavy woollen gloves were issued.