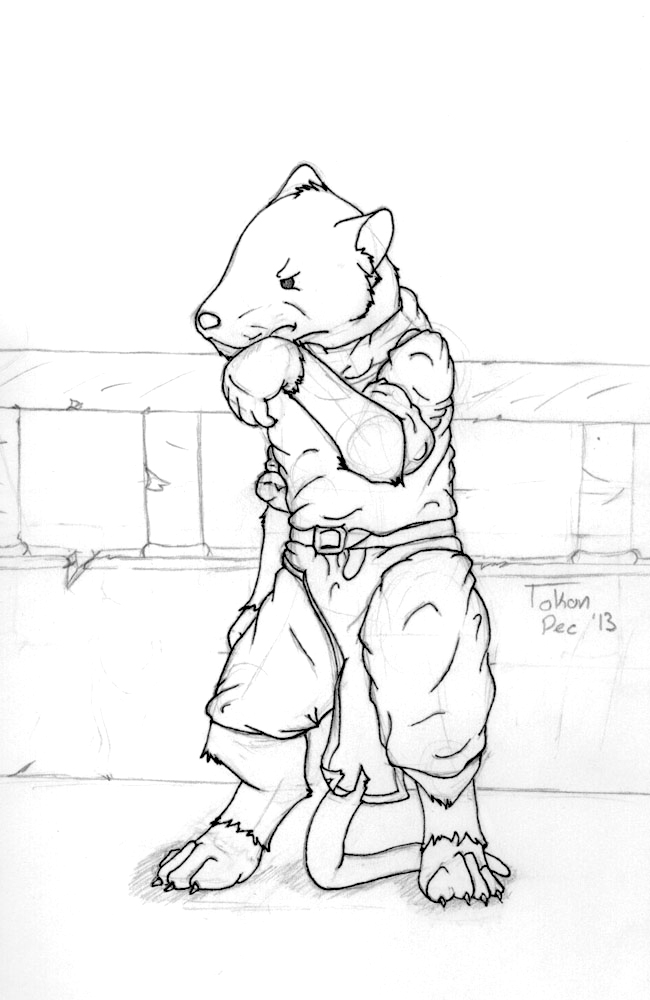 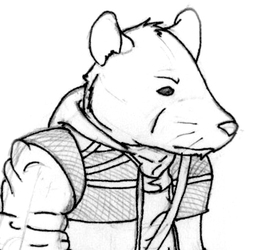 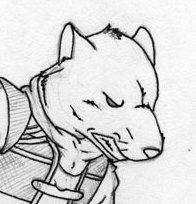 Keton and four others were pressed ganged onto a pirate ship. All of their belongings were taken from them. The only things left to them is the cloths on their back. Keton was able to regain his holy symbol as another cleric who was already on the ship secured it for him.

After a few days on ship the five new ship mates were given a "reward." One of them can fight the boatswain's "pet" Owlbear. It is a fist fight and if one of the adventurous is able to beat Owlbear they win 150 gold. Keton, who has been in a few fist fights with the his companions, knows he has the best chance to win against Owlbear so he steps up to the fight.

Keton had to step back and heal himself as while he is very agile Owlbear is 3 feet taller and much strong.