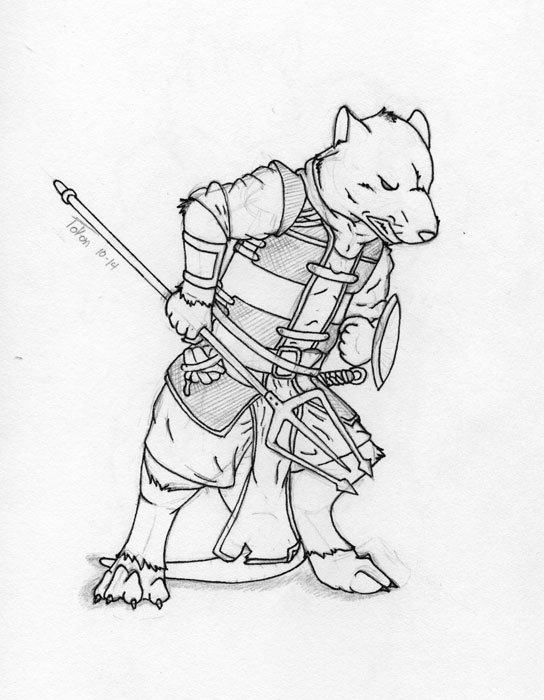 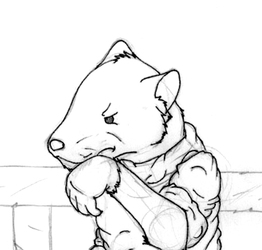 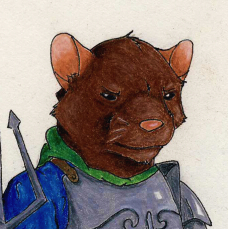 After the fight with Owlbear the crew was able to take over a ship which the captain decided to split the crew so the new ship could be taken to get squibbed. As a reward for the good fight Keton and his companions were given back most of their equipment. Later they mutinied against the "captains" of the new ship and took to for themselves.

To increase their own reputation the crew of Keton's ship decided to take a tower that changed hands among pirates. After being knocked unconscious three times by one member of this tower (and being saved by their bard) Keton finishes him off with a coup de grace.

This picture is after we have gotten a good bit more gear. This is level 3 to 5.