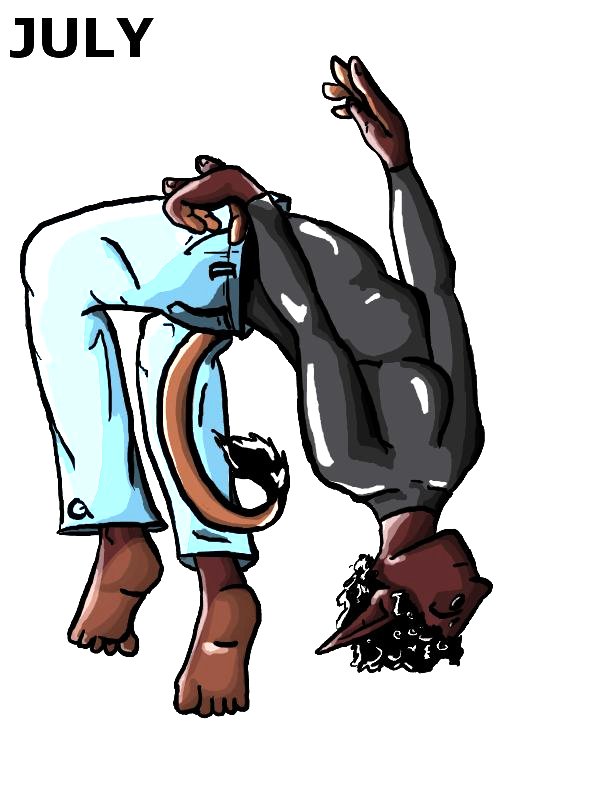 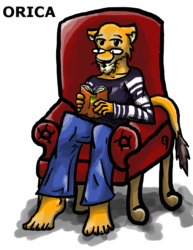 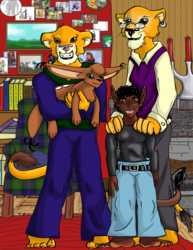 July is Orica's granddaughter and Kappa's niece. Her mother (Kappa's fraternal twin) and father (an elf) died around when she was born. She was raised by her grandmother, whom she calls Ava, and her aunt, whom she calls Ma'tera (short for Matertera).

She is a neophyte in the superheroine business, apprenticing to Kappa. Her skills include super agility and speed, surprising strength for her size, amazing acrobatic and martial arts skills, and eventually some sort of energy ability I haven't decided on yet.

Her skin color became so dark on my monitor that you couldn't see her nose, so I lightened all the colors up a bit. In the next picture with July in it (coming soon), her skin color is changed to more accurately reflect a midpoint between her mother and father's colors.