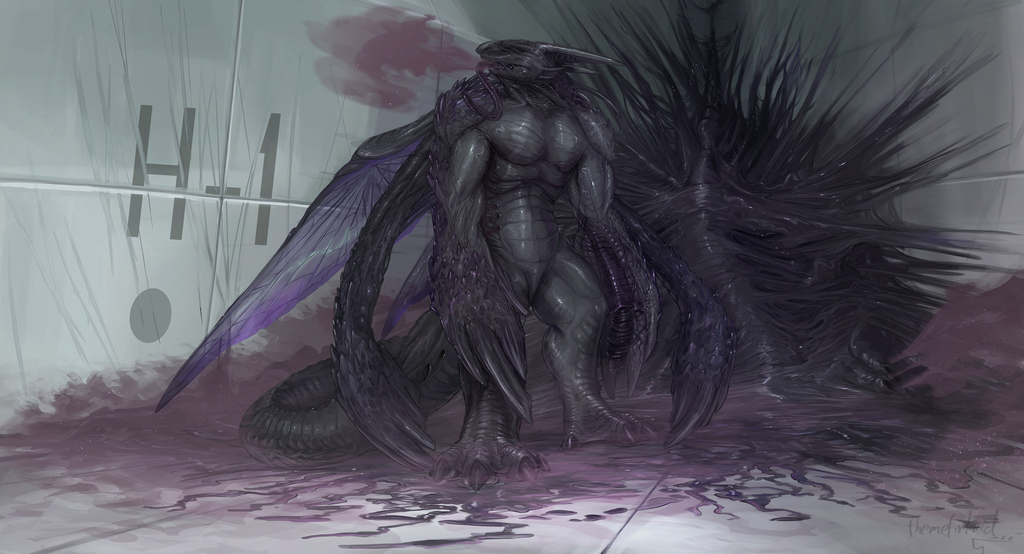 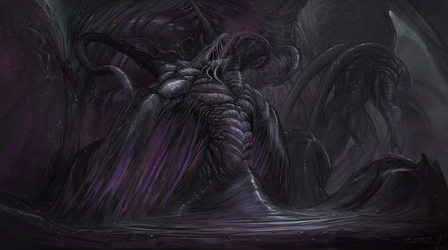 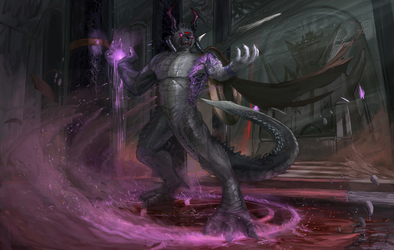 "The purpose of this test was to gain deeper understanding of how the amalgamate hive construction functions and how new amalgamate variants are implemented into it. The variant in question has been contained within a enclosure with 10m x 10m x 3m dimensions. The enclosure has been kept at low temperatures to encourage the variant to retain its mobile form. The variant has been "fed" various scraps of lifeless and non-sentient organic matter, the variant has been showing signs of growth as it has used the excess matter to build a small proto-hive of sorts. The variant itself had been grown from a small sample of the amalgamate which had been received from an area where the amalgamate may have had consumed sentient organic matter.

After this the amalgamate variant began to transform its extremities. During a time span of around half an hour the variant changed the shape of its claws and the tips of its tentacles to include sharp and hardened protrusions. Alongside these changes it sprouted insect like wings. By now the chamber had become somewhat cloudy from the spores the hive and the variant were producing and seeing the variant at the edge of the enclosure from the 1-way observation window was becoming difficult. It is to be noted that the observation room is strongly insulted from sound, smell and any other communication methods the amalgamate can or could use. The enclosure remained silent and still for around 2 minutes after the transformation had finalized. While the variant was barely visible before, now we could see it clearly as it leapt from the other end of the enclosure at the observation window, cracking it severely. The alarm went off immediately after the impact and we began to evacuate the room as the variant continued pummeling at the window with its claws, eventually creating a hole in it. While it was beating at the window it was also using its wings to apparently fan the spores into the observation room. Eventually it managed to tear itself into the observation room. By now the 2 personnel inside the room were able to evacuate.

Biohazard combatants were dispatched and they were successful in destroying the variant and the hive, despite doctor Londanums protests to keep them alive for further testing, before they could create any further destruction, . Evaluation on the damages are still underway as it is possible that some of the spores from the hive were able to enter into the ventilation system during the outbreak.

We have had a hypothesis that the amalgamate could learn from its victims and this incident seems to confirm it. As the subject was escorted into the enclosure of the amalgamate variant, they could see into the observation room through a window outside the enclosure. It is to be believed that the variant was able to learn from this either through when it probed the subject or while the subject was in the hive. This also leads us to assume that the amalgamate uses these tendrils which we call proboscis' to dig for information from its victims before they are assimilated.

From now on if a person with critical information becomes infected with the amalgamate they will be instead incinerated in all cases instead of considered for use in research. Also, observation rooms and all other architectural information the amalgamate could hypothetically abuse should be kept hidden from subjects. Subjects should be kept blindfolded before their introduction into an enclosure.