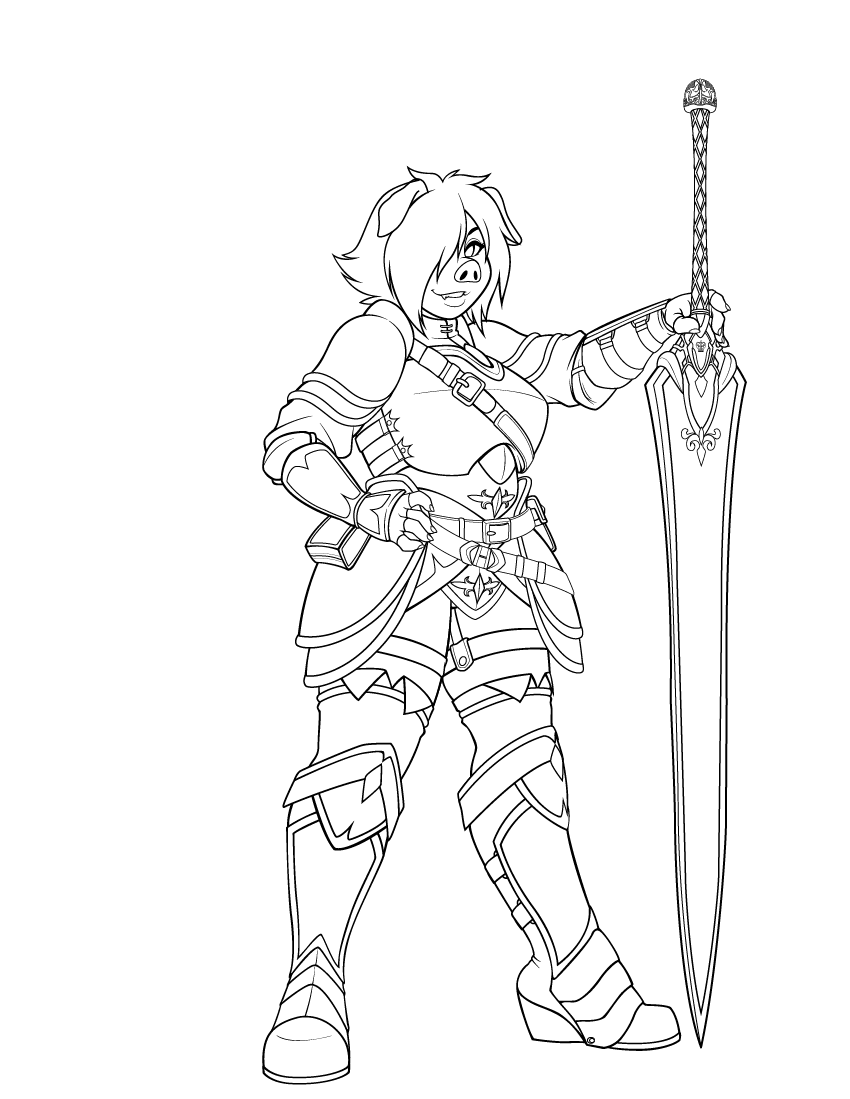 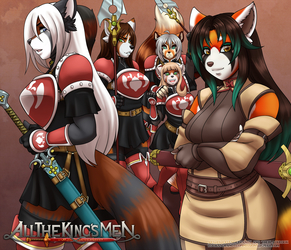 Hiyo, so aside from working on Tournament of Champions, two comics and all my commissions... I am, getting ready to start the patreon for All the King's Men. As part of that, the main cast, the 'Raven Knights' will each get a character image and everyone's getting original armor. As you may or may not know, the project started off as a Fire Emblem cosplay and has blossomed into something with a rich lore and some interesting characters, here I give you a rare line art of what we're working on.

This is Dame Jonah Schwarzsturm ; you will find out more about her very awesome story soon. Jonah was designed by lavenderpandy , She is officially in the story still a Raven Knight, however she has abandoned her post to pursue fame and glory as a mercenary. She possesses Joyeuse, one of the seven swords of rule. It is known to be the second only to Durendal among Eldeidan in power.