The Red Guard of Pandorica by theblackrook 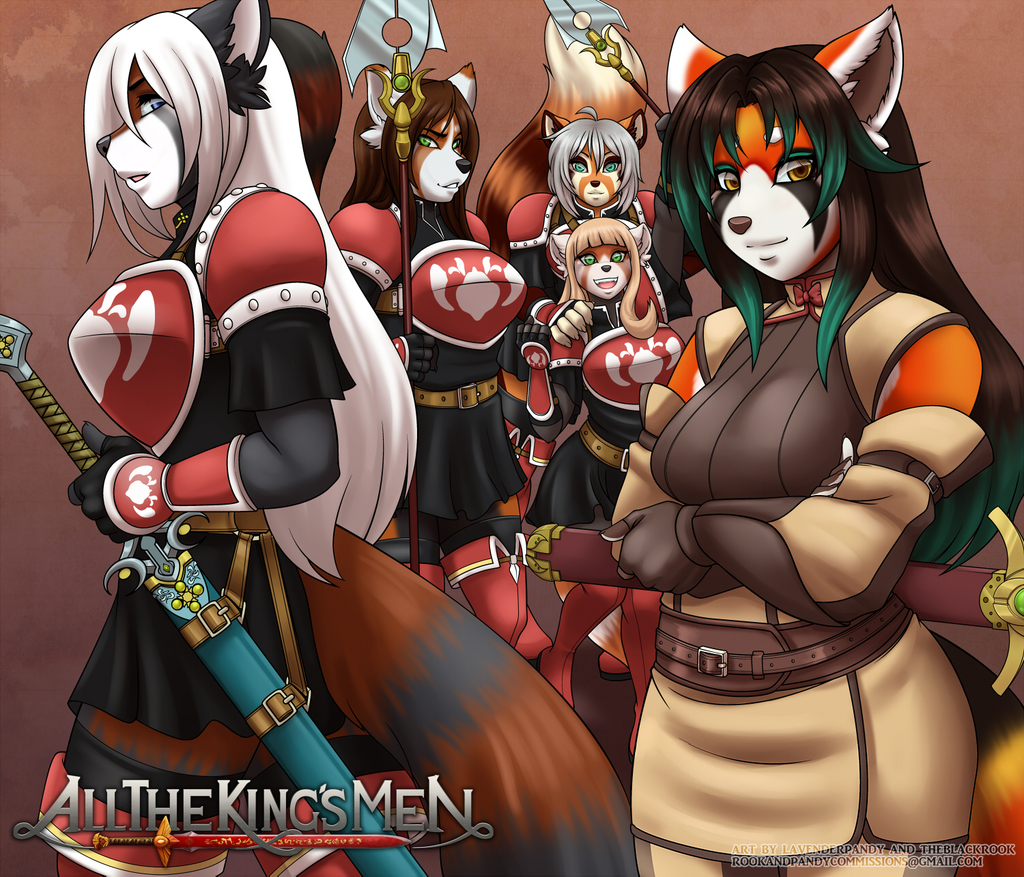 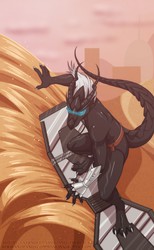 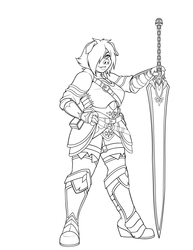 The Red Guard of Pandorica

Pandorica had never been a huge Kingdom, but prosperity has always reigned high upon the Amaranthine Mountain Range are the Pandorican Mountains. A cove of Mountains beneath the heaven and high above the seas. There the Kingdom of Pandorica has stood since before the Baptismal of Fire. A relatively small Kingdom, they have nevertheless played huge roles in conflicts all around Thuria.

Their relatively small military might are a stark contrast to the quality of their Knights. Unique to Pandorica are the 'Blade Dancers' spearmen and swordsmen of incredible skills in speed and agility. Their beautiful but deadly combat style allows them to strike, dodge, defend and close ground like no other warriors on the battlefield. Trained in the art of channeling their life energy to augment their skills, these red warriors are respected and feared throughout Thuria.

Among the most well known and storied of their numbers is the 'Red Guard'. The Red Guard of Pandorica are consider to be some of the finest warriors in the land. If compared to the Knights of Lioncourt, the Red Guard would be both Raven Knights and Royal Guard rolled into one dedicated unit.

Directly under the command of Prince Oni of Pandorica. The Red Guard are charged with defense of the nobility, major magical artifacts and are generally the specialist sent when Pandorica needs to remind the other Kingdoms that they may be small, but their punch can be devastating.

The highest ranking member of this order is called the Commander of the Red. It is followed by the two Captain Commanders, positions currently held by Red Knight Elaine Song and Red Knight Vega. Because of their close ties to Lioncourt, it is a desired honor of members of the Red Guard to be given over to the service of Lioncourt's Raven Knights.

Dame Elaine and Dame Vega were the natural choices for this honor and competed vigorously for it. Despite her strength, experience and skill, Elaine was not able to overcome Vega's raw natural talent and it was she who was chosen to join the ranks of the Raven Knights. A loss that sat bitter in the Red Knight's ego. Dame Elaine and Dame Vega hold a fierce rivalry, it is however only professional as the two have known each other for quite some time and are fiercely protective of each other when threatened anyone outside their rivalry.

The Red Guard has an interesting relationship with their prince. Their love for him borders on familial. Some say it's closer than that. Most members of the Red Guard, male or female seem to treat the king as a close friend, even a little brother. They are insanely protective of him, bordering on fanatical. Perceived threats to the prince are met with lethal vigor all willing to die for their prince. For his part, Prince Oni has shown a willingness to stand and fight by his Red Guards side, willing to fight and die for them and even the lowliest citizen in his Kingdom. The Red Guard could serve no better lord.