Livin' in the Jersey State Of Mind. Currently working in Video Production, primarily in sports but looking to branch out. Check back every so often as I also enjoy writing every once in a while. 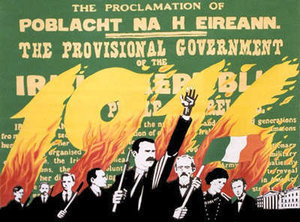 So I got back from vacation a little while ago. The Caribbean was awesome and I seriously recommend anyone who has the chance to go down and visit. Though we had to experience some unseasonable and unfortunate rain for a good portion of the time that we were there, Jamaica was still a beautiful country with awesome people. Oddly enough the place we stayed had an awesome sushi bar, and I'm not even a fan of sushi when I say this, but it was some of the best I've had. Odd right? Anyways, the vacation did its job, mainly give me a chance to recharge my batteries and just break from the monotony of working damn near 7 days a week. But as they say, all good things come to an end.

There's no greater indication that things are back to normal than working a 12-hour shift to start 14 days straight of work. The weeks encompassing Christmas and New Years are some of the busiest for me, namely because most people tend to take off those days and, me working in the broadcast industry, gives me an opportunity to pick up extra shifts and grab some much needed overtime. This helps explain why I haven't been around nearly as much as I'd like to. :P

In any case, I've been looking forward to 2015. I've accomplished a lot in 2014 and I'm hoping I can do more to expand on my career and hopefully achieve some things that will allow me to live a fuller life while also giving me more opportunities to spend time with friends and family. 2014 was very much a year of me keeping my nose to the grindstone, and while I don't mind working now, I really don't see myself pulling the kinds of shifts I am now a few years down the line. I'd like the opportunity to take some time off now and again for personal reasons or not feel the need to go to work sick. All the while still making enough to cover my expenses. Lofty expectations in my position, sure. But nothing was ever won by not dreaming big. I've gotten as far as I have, no reason to expect anything less than the best for myself and those I care about.

And with that I hope you all are having a great holiday season and that you're all happy and healthy. Thanks again to everyone here at Weasyl, staff and members alike who've made everything we've been able to do possible. I'll see you all in 2015!