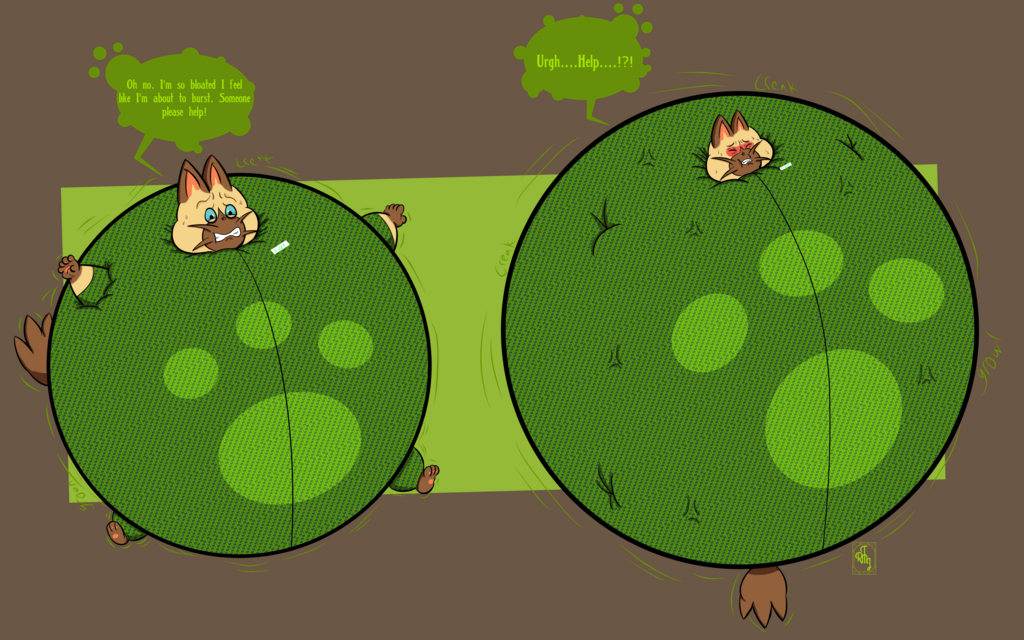 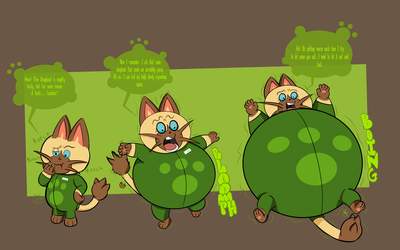 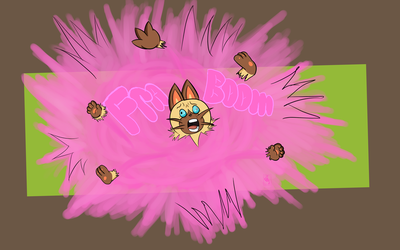 [2]
Test Subject soon to reach critical mass.
Navirou: Help. I need to let this gas out now, before I.....
Fwooomp! Get too big.
It seems the Gut buster Doughnuts are a explosive hit.
Navirou: Enough with the puns and urk. and help me.