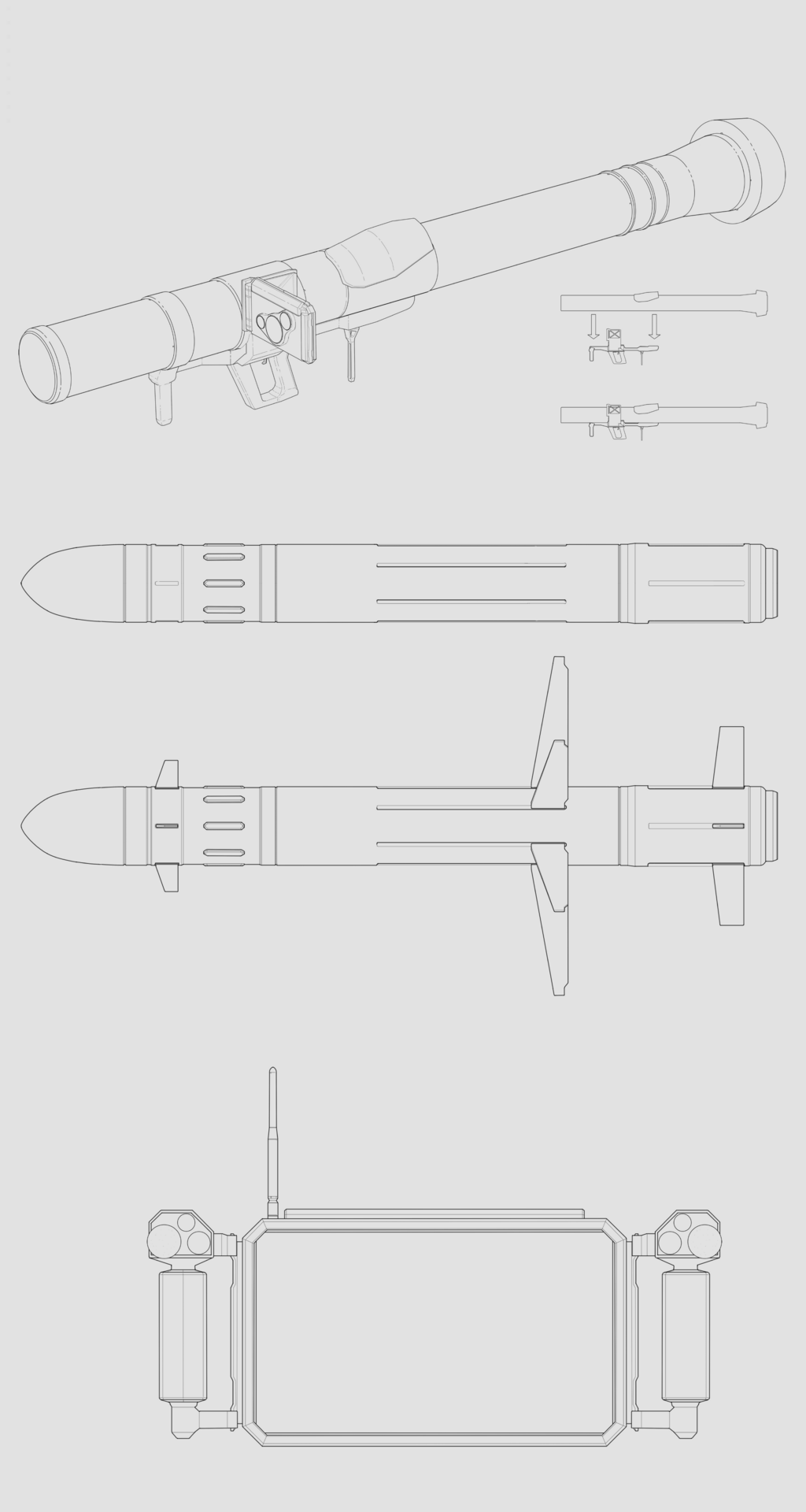 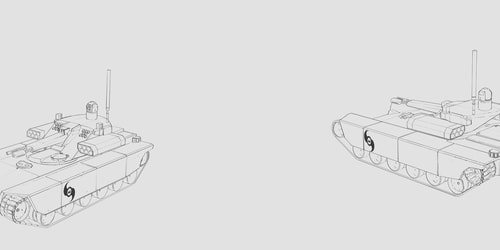 The ODT-3G2 Guided Missile Launcher is the Tolesian Commonwealth's guided missile system. The missile system is a multi-purpose system capable of attacking ground and air targets, thanks to its IR and radar-based operation.

Development of this system started following the completion of the TVM-6L1 Terrestrial missile system that was employed on fortifications, mobile defenses, and the TVH-6A1 self-propelled anti-aircraft vehicle. Work carried out by Imperial Light and Machine and Machine Works (ILMW) began attempts to miniaturize the missile above into a smaller package that various platforms, be it individual portable or vehicle mounted, could use. Eventually, their efforts succeeded, following numerous prototypes, creating the ODT-3G2 guided missile system.

The system can be used in two modes. The first mode is through a simple retroflector sight built into the Common Launch Rail (CLR). The CLR has some electronics such as a visual and IR camera, radios, and a basic processor to provide limited visual feedback and audio tones to indicate the missile's status and correctly identify friendly forces. The fold-up reflector sight has a floating reticle that allows the shooter to accurately point the rocket to a target. Once a target is spotted by the missile, the hexagonal reticle will get smaller over time until it reaches a tiny circle with a loud, positive tone, an Orange "X" indicating the system has achieced lock. Once the trigger is pulled, the rocket will be launched from the tube in two stages. The first stage pushes the missile out of the tube, and the second ignites the motor. Once shot, the tube is simply discarded.

The real magic is when the system is linked to the optional tablet. The tablet greatly enhances the targeting capability of the ODT-3G2. Attached to the missile system, the tablet provides greatly enhanced optical resolution to the soldier. This takes the range of the device from around 1000m to 3000m against ground targets and dramatically improves the system's reactivity against air targets. The tablet is operated by two joysticks, which identify a target area. Once a site is identified, the operator simply squeezes the trigger of the missile system to fire.

Soldiers can use the system to create ambushes with the tablet's built-in wireless link and a surface or tripod. Once the enemy is within range, the soldiers may trigger the missile remotely to take out a target. This allows soldiers to maintain the element of surprise for longer as enemies may get confused about what and where Tolesian fire may be coming from. The tablet may also be a standalone long-range thermal viewer and rangefinder. If coordinated with ships, it can also be used to direct fire by soldiers in the field or dedicated observers or special forces.

Designed by the ever masterful Hard_Lighter. Thanks!

Want to see this up to two weeks early? Check out my Patreon here!