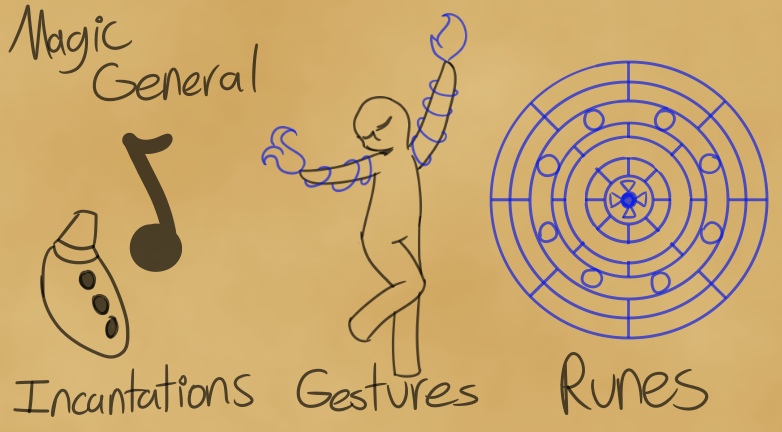 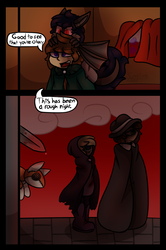 While not completely linked to a specific species group, it can play a vital role towards classifying species. The two main sources for the capabilities are the caster's condition. This is due to magic being an extension of the person. The weaker they are, the weaker the spells will be. This also prevents the caster from casting a spell that'll go against them, like a pacifist casting a harmful spell. Excessive use or casting a spell that's too strong will lead to the user fainting or becoming ill. Casting spells is done through channeling in various methods.

Incantations are the most common method for spell casting due to a near nonexistent need for preparation. They are performed with a set of words or notes. The spells are usually weak, but can be done in quick succession with little side effects. Instruments made for channeling are used to help teach new spell casters these methods.

Gesture based magic is done through a set of movements that can be big or small. This method is used less often due to the training required to be effective. Powerful spells can be cast if the caster is given enough time, but weak and medium strength are more often. The main limitation of this method is the caster's own stamina.

Runes are the least used overall. Runes are handmade creations capable of channeling powerful spells with ease. They take a while to create and are very precise, and are most commonly used for medicinal purposes. While the runes are commonly made through carving into wood or drawing with chalk, and as such, demon fire is commonly used. Demons are the most likely to use this type of magic, as they can create the runes with ease via the embers they create.