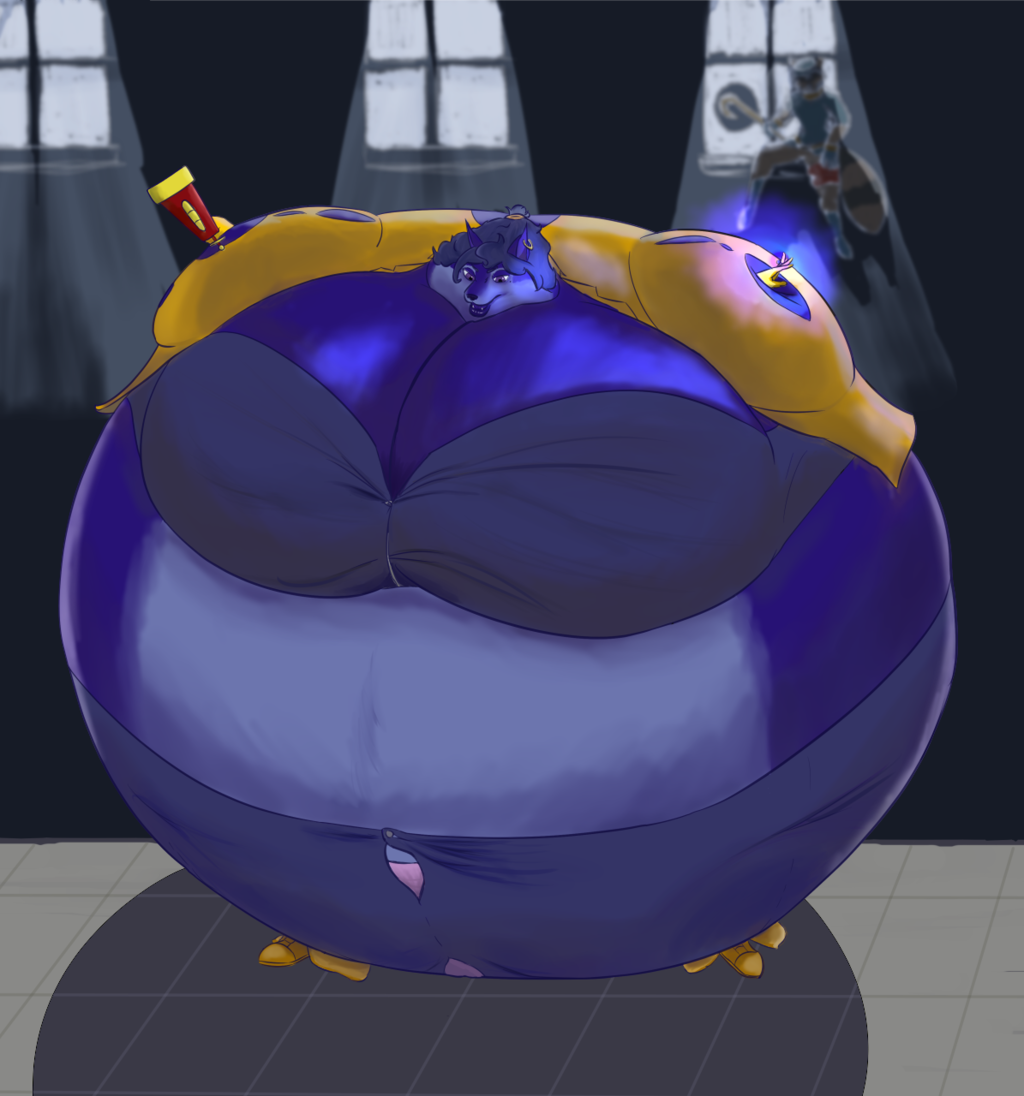 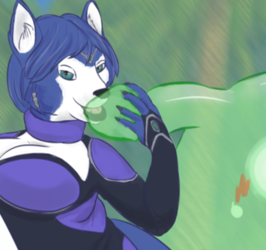 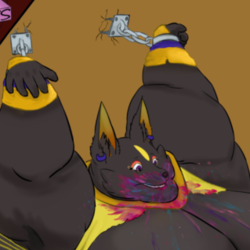 It was the usual again, though in somewhat unusual way. Sly, once again living up to his name pulling a fast one on Carmelita, though not in the way he intended.

Slipping the ring on her and running off towards the window he had already carved a raccoon-sized hole into, he stopped suddenly, noticing a brilliant blue glow from behind him. Before he knew it, he turned to witness the Vixen officer swelling before his eyes.

From the moment the ring was put on her, she was almost paralyzed. The swelling began in her midsection and spread outwards, and then her fur turning hues of blue followed in suit.

Her clothing ripped and popped open, but most miraculously survived! Silently she thanked herself for purchasing the stretchy stuff.

Before long she was huge, blue and spherical. She managed to release one word in absolute fury during this moment. "COOOOPEEEEEERRRRR!"

That was Sly's sign that he should make a run for it. The rest of the force, the fire department and who-the-hell-else-knows would be here in moments.

Granted, they probably won't be ready for what they see.