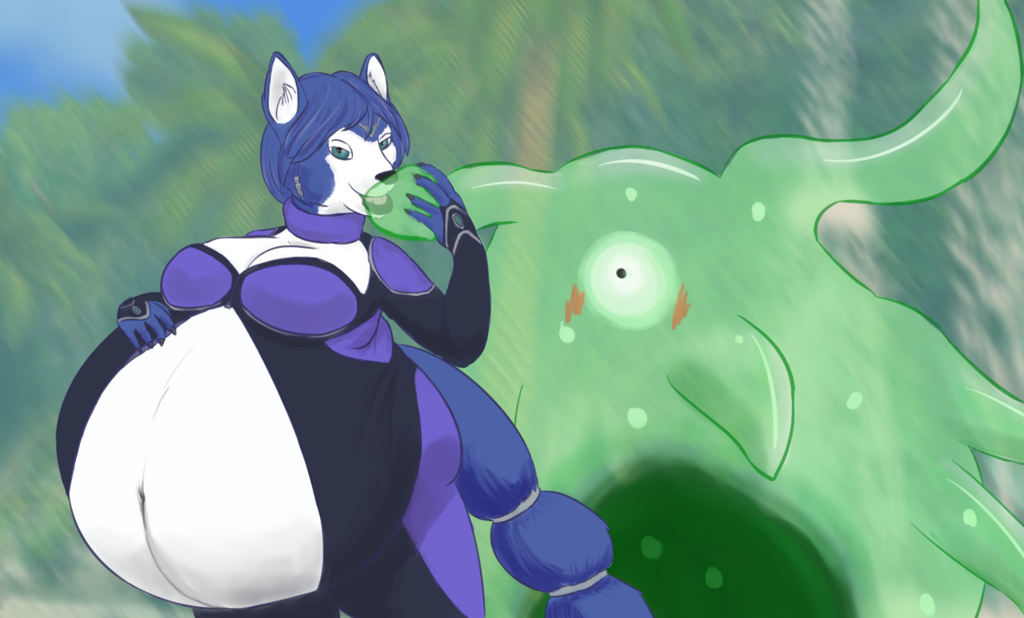 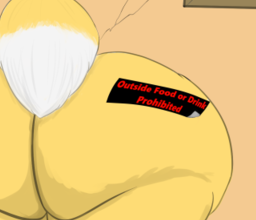 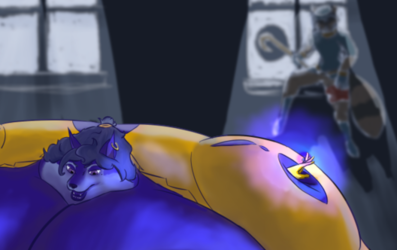 It was only moments ago that Peppy reminded Krystal that she should avoid getting the goo creature near her mouth. The sweet, limey sentient slime was addictive and often used as an aphrodisiac.

But this wasn't the reason she was after it. She needed the core of the slime, but intact, unharmed. This meant some strategy, as her sidearm and staff were out of the question. She attempted grapple the creature, only for it's slippery tendrils to slide right out of her hands, and smack her slightly against her face.

It was out of reaction, possibly used to licking her injuries, that Krystal tasted some of the residue the creature left on her face. At that point she couldn't help herself.

She started sucking on the slimy tentacles. And as she did, the monster became smaller. Though, strangely, it did not resist. It almost seemed to enjoy it...

Krystal ran her nails over her growing abdomen, enjoying every slurp of the limey, slick substance.

"Well, the core isn't edible, so I guess that's one way to keep it in tact..." Peppy sighed to himself, as he observed Krystal's fate. "We may need to send a crew to recover the poor girl if she grows too big though..."