An Araltian Adventure - Saari by Stampy 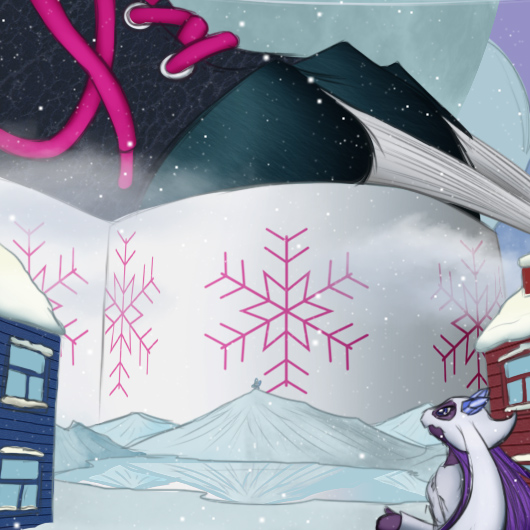 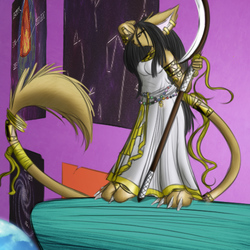 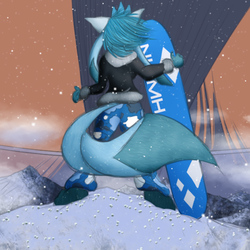 "This way, over here! There's room for another person to shelter at Aino's house. Get inside and stay there until we let you know it's safe to come out."

Saari gestured frantically to the appropriate home, watching from above as a neighbor ran inside. It was an uncommon but not unfamiliar viewpoint for her. She was much more used to her actual height of less than five feet, but being friends with Lumimyrsky, the Frosslass had often found herself fifty feet tall to more comfortably fit inside the Sneasel's large abode. Everything in Lumi's house was upsized to suit that scale, but when visitors came to the door, Saari would need to watch her paws carefully to avoid stepping on them.

So, twelve feet tall was very very far from the biggest Saari had ever been, but it was still bigger than anyone else in the village, and it meant she had to be careful not to knock anyone over with her imposing size.

Imposing size! Hah! Did she really qualify for that, given the situation? She took a moment to turn and look to the distance, out towards the nearest mountains of the region- and the Glaceon teenager standing astride the tallest peak, and the sheer wall of boots looming further out still. Saari couldn't remember the last time she'd seen Lumi get this big, and the idea of Niamh growing so huge herself was rather alien as well.

The Froslass felt a gentle tugging on her long danglies.

Turning, Saari found a small child staring up at her with wide eyes. She knelt down, still looming more than twice his height, and gave him a soft hug. "It'll be all right, Jaakoppi. Lumi will protect us, as she always does. Niamh and I will help too. But first we need to get everyone safely hidden away and sheltered. Okay?"

"Okay," the Zangoose accepted with a nod. "She does look super big, even if this room is super bigger. I'll send her lots of prayers!"

"Ah, no, Lumi's not a- oh, all right, just run along and hide with your family," Saari sighed, glancing back over at her best friends filling the horizon. "I guess it can't exactly hurt, after all..."