An Araltian Adventure - Kiya by Stampy 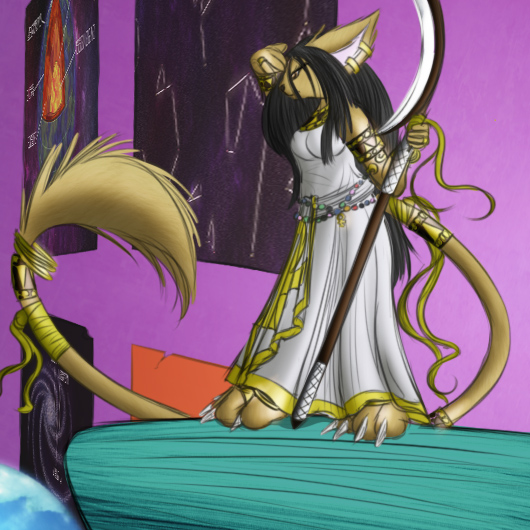 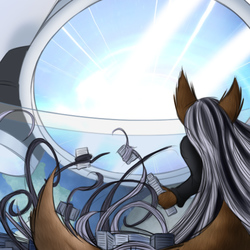 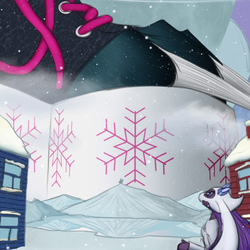 Kiya's eyes narrowed to slits. It had to be somewhere in this strange land. She'd seen the Titan gather her temple up like a child making a castle in riverbank sand, scooping it into a container and raising it into the heavens. Kiya had tried to stop her, but even at her vast Gods-blessed scale, she hadn't been able to do more than lodge her scythe in a single strand of thick yellow fur. She'd been dragged along as the Titan cast whatever spells it used to return to its homelands, and flung about as its paws thundered and thoomed in booming impacts that flattened mountain ranges with the shockwaves alone. The Gods of Egypt had not deserted her, though, not even after she failed so utterly to defend their holy lands with the incredible power they'd given her- truly, their mercy was beyond reckoning!- and this thick colorful claw gave her a vantage point from which to seek out the stolen lands of Egypt.

Stolen lands- such an absurd concept! Kiya had captured kingdoms and cities and fields and mountains for her Gods many times. With the glorious strength of the Egyptian Pantheon guiding her, she had flattened entire armies with a single paw, crushed mountains into valleys, carved rivers through enemy capitols. But never had she faced a foe like this- one who was not merely her peer in size, but her inarguable and extreme superior.

The surface of the Titan's pawpads was like an endless plane of mudcracks, stretches of flat leather broken up by webs of deep crevices on all sides. It led to wavering pillars of yellow fur, reaching up as if trying to brush the heavens themselves- but surely this was already some part of the heavens, for no earthly kingdom had enough land for this place. Its length from wall to wall might well even match that of the river Nile! Colors clashed and battled across the Titan's body from there on out, unnatural bright hues and magical glows which the Titan surely used to intimidate and terrify its foes. And to imagine what possible foodstuffs could sate the hunger of such a huge maw...

Back to her task! Kiya had to focus. Her people needed their Princess to defend them. Somewhere in this scattered landscape of ruins and wonders was- perhaps there? At the farthest reaches? Kiya couldn't see through the looming paw-wall to her right, but there did seem to be a disc filled with desert across the distance. What was that near it, though? That black cone? Another claw? Was this Titan not alone?

Kiya offered up a prayer to the Gods of Egypt. This would surely be her greatest adventure yet.