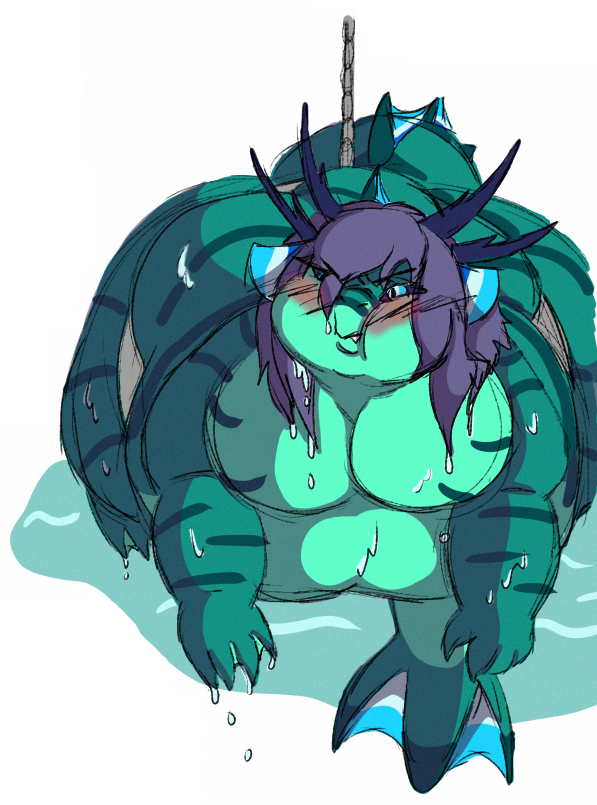 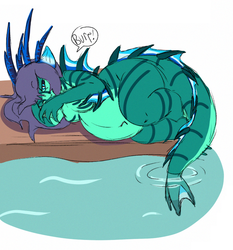 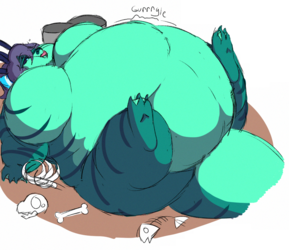 After several more attempts at finding an appropriate enrichment regime for our captive slaughterdragon, we have concluded that there are no options remaining that are likely to yield worthwhile results with regard to reducing her aggression or coaxing her into being more physically active.

The problem has been exacerbated by the specimen's continuing weight gain, which has progressed to the extent that it has begun to limit her mobility, as well as making her too large to utilise most of the equipment available on site. The issue is exemplified by the incident today in which the specimen became stuck in a jumping hoop and had to be cut free. This hoop was sized appropriately for large marine mammals, and should have easily accommodated an adult female slaughterdragon - the fact it did not is a testament to the excessive weight of this particular individual.

As such, reducing aggression and inducing physical activity are now secondary concerns, and our primary goal should be to curb the specimen's overfeeding tendencies and reduce her weight to a more appropriate level through dietary means alone.

Art by Plaxtons-galaxy on Furaffinity.