The Last Angel by SpetsnazKaz 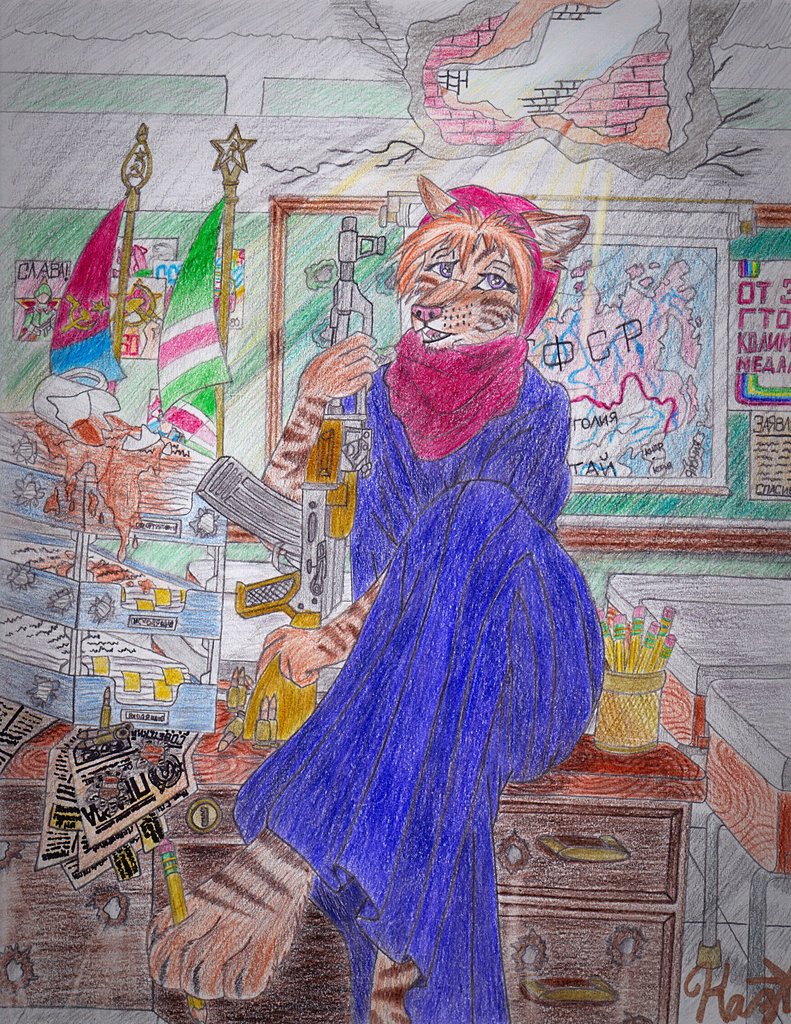 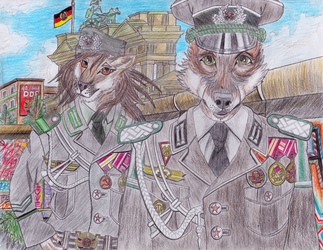 UPDATE: Here's a much bloodier version exclusive to FA and Weasyl. (Originally intended this version, but it looks kinda shitty)
/cannotdrawcakedonblood
[Mature for ideologially sensitive material and blood]

♬ Andre has a red flag, Chiang Ching's is blue
They all have hills to fly them on except for Lin Tai Yu
Dressing up in costumes, playing silly games
Hiding out in tree-tops shouting out rude names

She prefers the name Karen, as she does not want to associate herself with her old name.

Being nearly as old as Mishya, she has seen her fair share of violent conflicts over the years in her homeland of Ichkeria, Chechnya. Whilst quite reserved, she will only resort to violence if she feels as if her own life is in danger. Holding no military history, she is a competent soldier who fights for herself, and ties herself to no military, especially the mujiaideen. She does not like to remember her family, which have desensitized her for life, and chooses to move on and not dwell on the past. More recently, she has survived both Chechen wars against Soviet Russia and the USSR. In denying ties to the mujiaideen, and choosing to surrender to the Soviets, her life was spared in a classroom by a young Spetsnaz soldier named Mishya Krasnodon. They had a strong bond from the start, and he gave her refuge in his home city of Nizhny Novgorod (formerly Gorkiy) back in mainland Russia. A highly intelligent woman, Miss Karen than became a teacher, central banker, and Warsaw Pact diplomat. She saved her marriage with Mishya until later in life, in which they both were buried together after the Cold War in Canada, and still remain close companions in the afterlife. Her dark past and hidden identity has earned her the name "The Black Angel."

I love her just as much as I love Mishya; she is my heroine.

(The process)
Thank Christ above that I finally finished this piece. All my time, effort, and skill thus far has been poured into this piece for the span of a couple weeks or so. It's been quite some time since my last post, but that's mainly because I had tons of shit to do. That's beside the point, but this has to be my [first] fully-colored picture I've done posted to my webpages that I'm totally satisfied with. I could go on about the process and my personal strive to finish this, and I'll happily discuss it in the comments section (if anyone bothers to comment). This is worthy of a critique (provided I had a Premium Membershit).

(Flaws)
I don't have much to complain about this, and I feel as if these are worth listing:

I highly encourage that you comment on this.
Thank you. :)