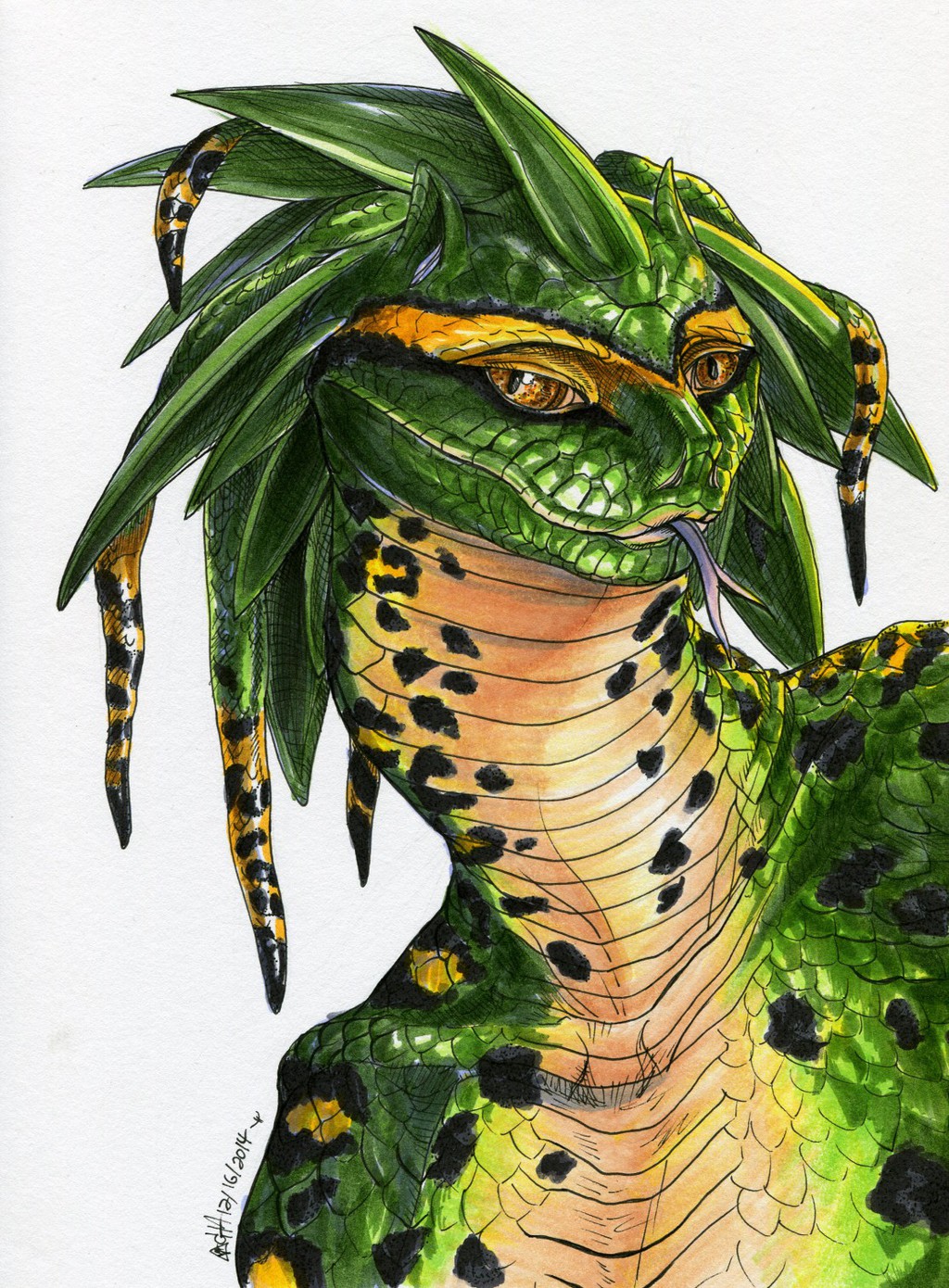 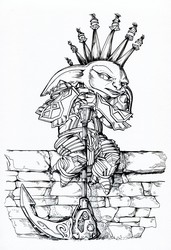 Oh hey look guys, I did a portrait color study with markers that I don't hate! Tried a slightly different approach to coloring and it came out so much better than past attempts.

This is an oooolllld character from 2009 or so ago that I hardly ever draw. She was initially based off of an African Bush Viper but considering she lives in a jungle, tends the mystical Riverways and waterways and is a big girl, I think changing her to a Green Anaconda makes a whole hell of a lot more sense. Also, Anacondas were my original favorite snakes when I was like, 7 years old haha (one of the few kids that was not terrified of giant snakes, go figure).

So here, have a portrait of what she looks like now. A full study and reference will be forthcoming at some point. Done with a mess of Prismacolor markers, Tombow pens and a few Copic Ciao markers with a Copic multiliner.