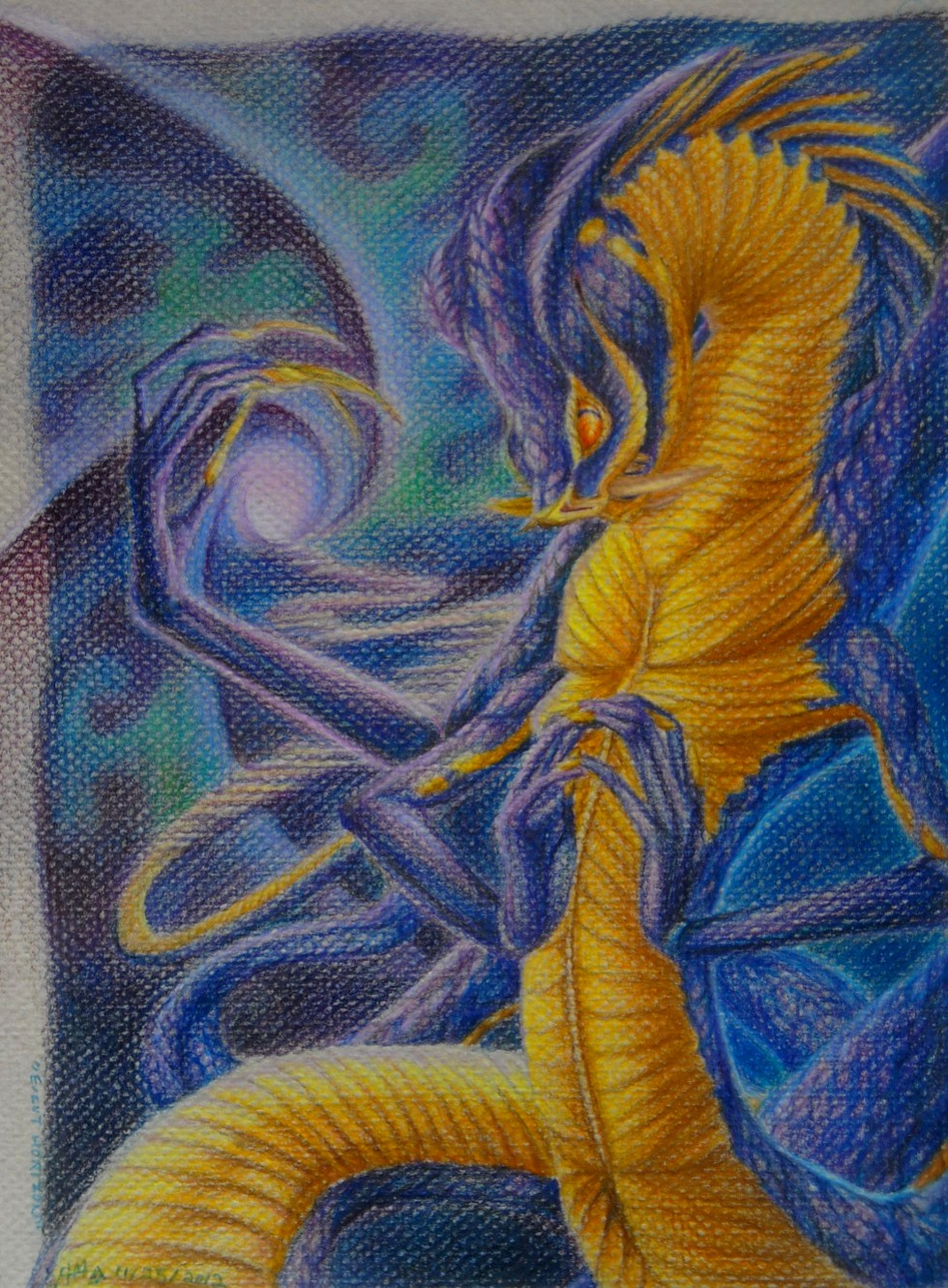 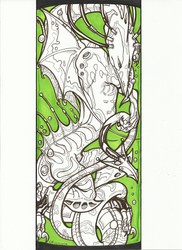 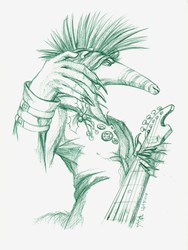 Resubmitted with much better photo instead of dubious scan! Trust me, this is way more true to the real thing than the last one. Apologies if this resubmit is inconvenient, but it had to be done.

This would have to be my most ambitious colored pencil piece I've ever attempted. I can say with enough confidence that I am happy at how good it came out. The paper texture is still a tad distracting, but I can't really change that. It still looks much better than the scan.

The sketch for this has been sitting around since mid-October. I got distracted with other pieces and this one was delegated to the back of the line time and again. I still got it finished in time for the other half's birthday today though! It's going to be framed too, so the folks are going to have to tolerate seeing it every day. Ha!

The phrase "event horizon" is a term used in the scientific community to denote the "point of no return" in regards to black holes in space. Food for thought, for those that didn't know...

Done with chalk pastel dusting, Derwent Coloursofts, Prismacolors and some other off brand of colored pencil on grey textured pastel paper. 9x11 Character belongs to the significant other.