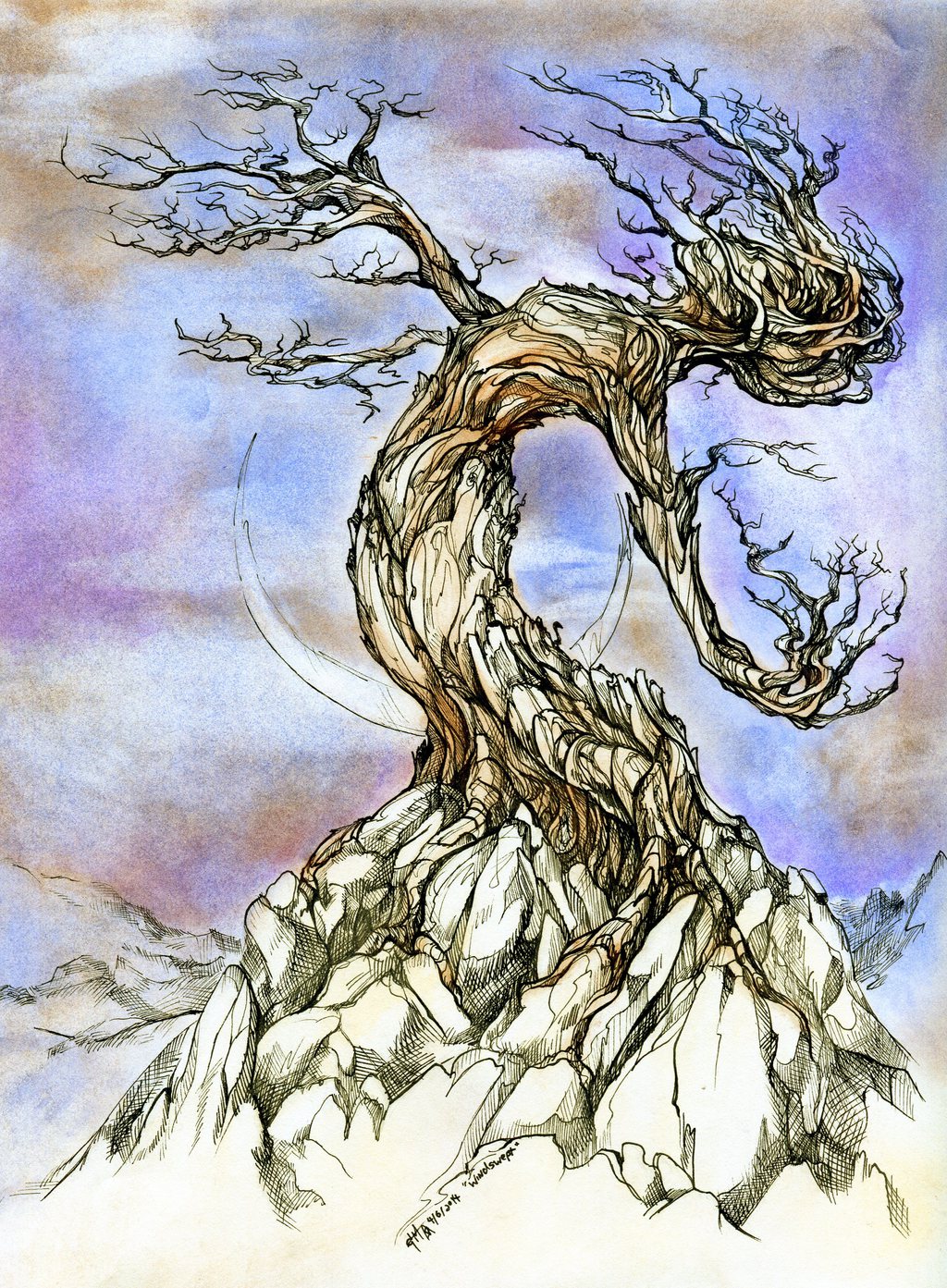 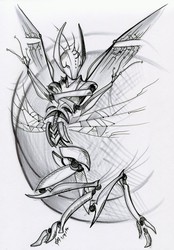 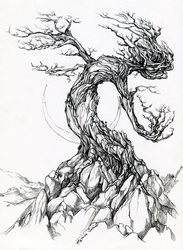 Do you know those rare moments when you happen upon a small stack of mostly unfinished sketches and work from a few years (or more) ago, and actually like one of them enough to finish it? That was the case with this one. The sketch was from 2011 and was more or less already finished, so I decided to give it some inks; I pretty much followed all of the lines from the original old pencils, except I ink so much better these days than I did two years ago. Then I decided to make it one of those experimental types of pieces that artists get the itch to do every once in a while, so I brushed and dusted on some chalk pastels.

It was originally intended as a "Winter" image of my dryad character Aldawenye, but her identity becomes rather hard to pick out when she's like this, so I don't really consider it a definitive "character picture." Definitely inspired by those weathered, windswept husks trees become when exposed to the elements on the top of cliffs, although I used no references.

Will be uploading the black and white inks shortly. Done with 0.3 and 0.1 Staedtler pigment liners and brushed on chalk pastel dusting. Approx. 9x12, and it took me about 4 and a half hours from start to finish.