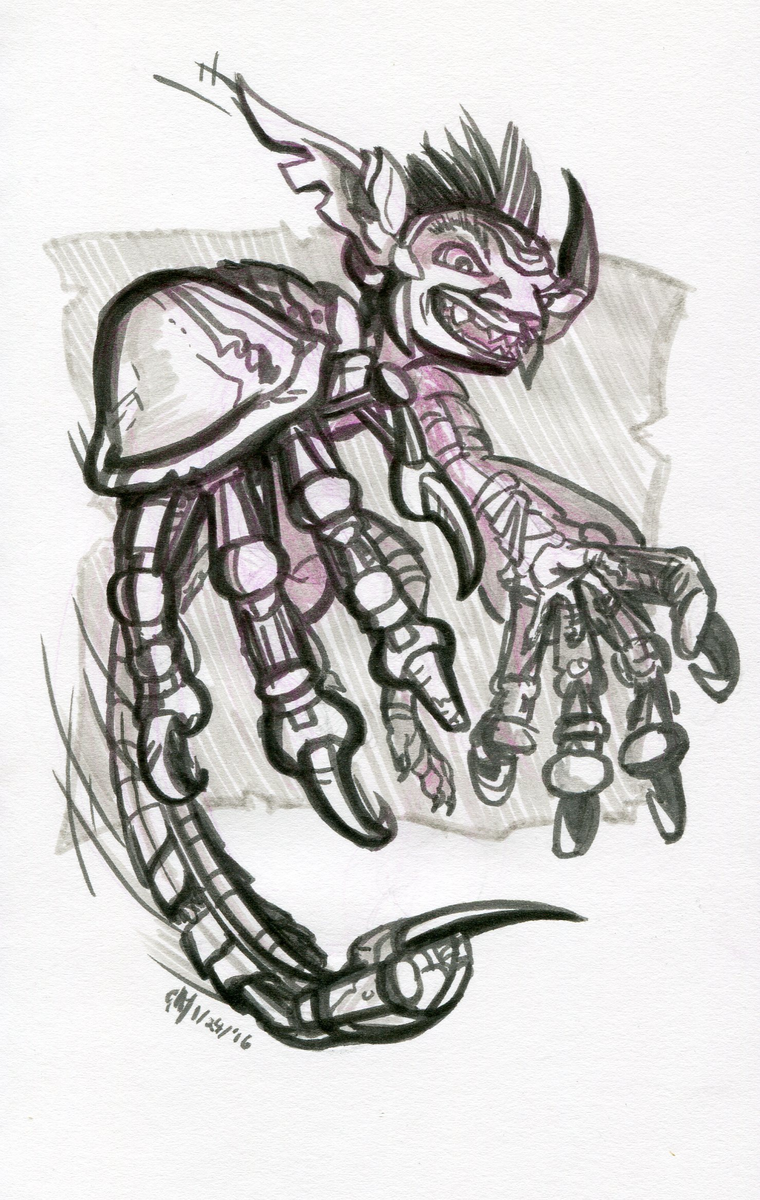 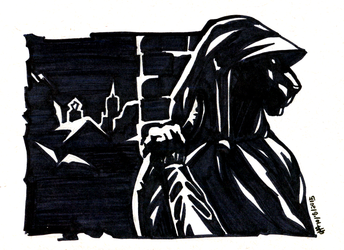 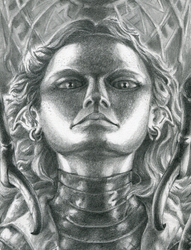 Fizzgog the Goldhand, daring war hero of the Obderium hill goblin contingent. Especially small but especially brilliant for his subrace, he himself crafted an orichalcum “battle harness” using ingenuity and borrowed ideas and magitech from gnomes. A near-legendary figure in the region he hails from, his current status and whereabouts are not confirmed. At the Battle of the Scar almost a year ago, after leaping in to fix a malfunctioning arcane ballista a mere few seconds before it exploded, not a trace of his crazed countenance (or that fancy magic chassis) has not been seen since.

For Goblin Week, of course.