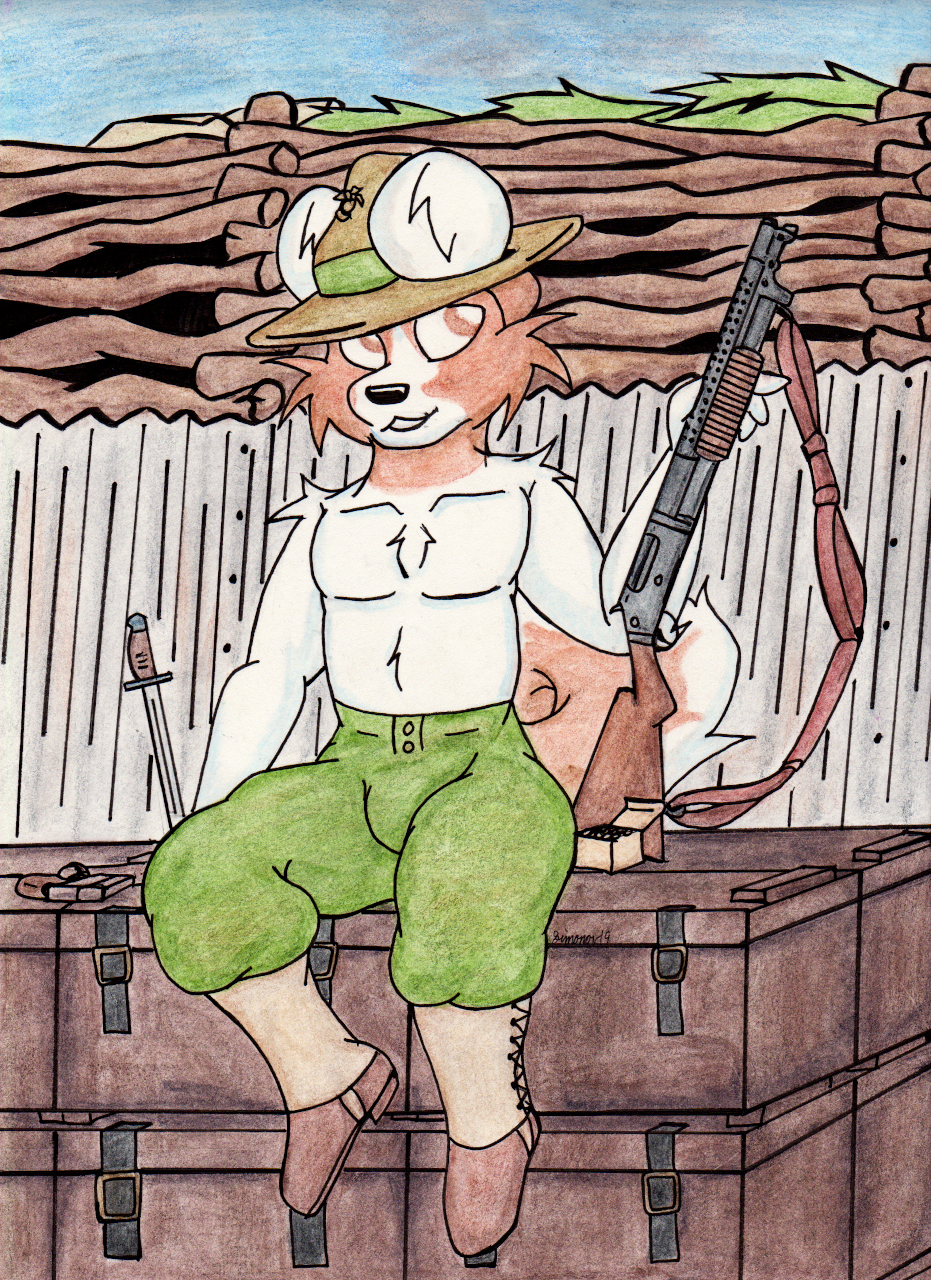 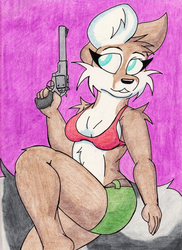 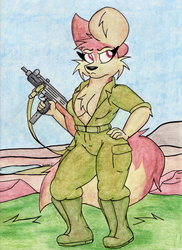 Designed by John Moses Browning, the Winchester 1897 was an early pump-action shotgun and among the first to be designed to use then-new smokeless powder ammunition. It's higher capacity and rate-of-fire combined with a relatively affordable price for the time and a reputation for reliability quickly made the Model 1897 a popular weapon across the United States. When the US entered World War I in 1917, the Winchester 1897 was viewed as a highly suitable weapon for use in the trenches of Western Europe following a few changes from the standard model. The barrel was shortened from 30 inches to 20 inches, a metal heat shield was fitted to reduce the likelihood of a soldier burning his hand on a hot barrel, sling swivels were fitted, and a bayonet mount was added to allow the shotgun to be fitted with the same bayonet as the Enfield M1917 (which was also being manufactured by Winchester at the time). The weapons compact size and potent cartridge made it a highly effective weapon in the close-quarters battle of the trenches. Winchester 1897s would also see service during World War II where it was particularly popular in the jungle fighting of the Pacific Theater for much of the same reasons which made it popular in the trenches of World War I. 1897s would also be field by American troops during the Korean War and Vietnam War. Today, genuine examples of US military Winchester 1897s, especially trench guns, are valuable collectibles on the American civilian market.