From a Moment to Another - by Wilderness by Silkyfur 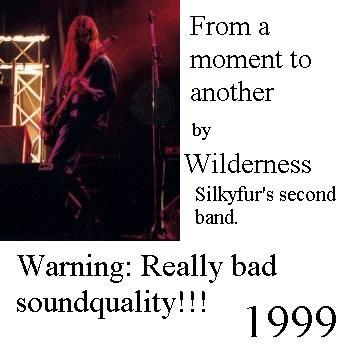 From a Moment to Another - by Wilderness

First of all: Warning! This is a really bad recording, recorded by someone standing in the audience, and there are noisy people in the audience talking all over the quiet parts of the song!

It is one of my favourite songs of all the ones I co-wrote together with Jonas, the guitar-player in the band. Him and I had a great collaborative relationship for song-writing, and I miss him dearly. I was the bass-player, and our styles of playing worked really well together.

It is one of the few songs that I did not write the lyrics for, the lyrics were written by Miguel, the singer.

Though I am aware of the fact that it is in a style that isn't very popular, so I don't expect many of you to like it. Still, I thought I'd share! :)