For my Brother - by Detention by Silkyfur 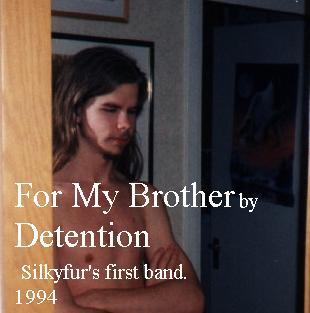 For my Brother - by Detention

This is a song recorded by my first band, Detention, in 1994.

My first band existed between 1993 and 1997, and we played an experimental kind of dark rock. We were influenced by The Cure, Sisters of Mercy, The Doors, and Swedish punk.

In this song, I am singing, and playing the electric guitar-part at the end. I am also the composer of this song.