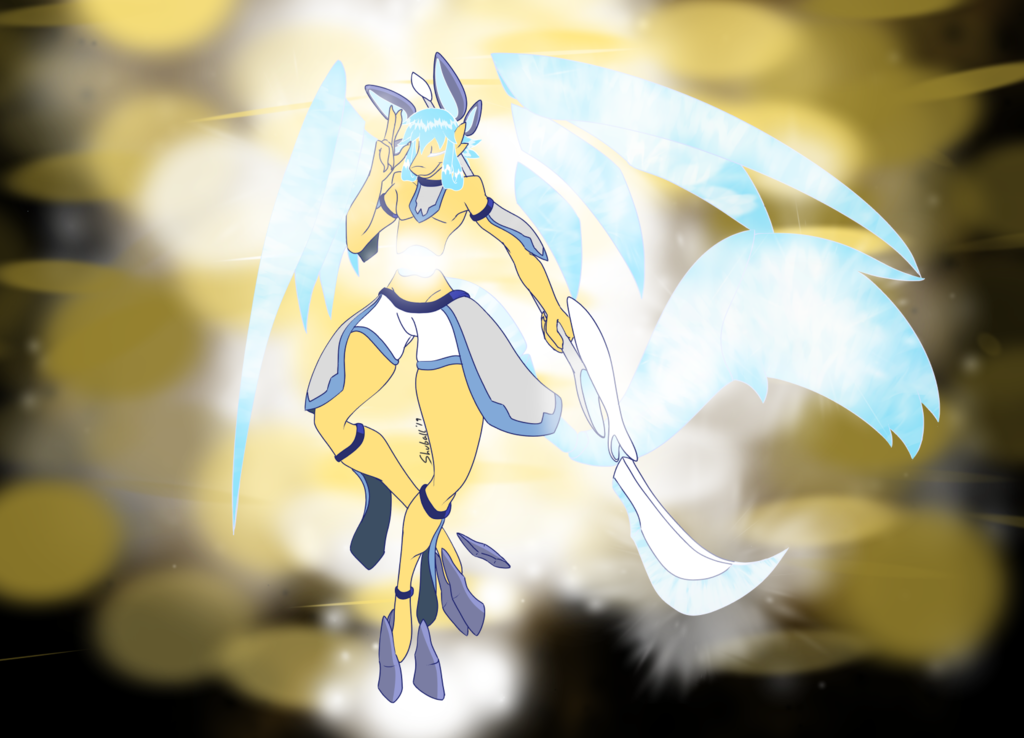 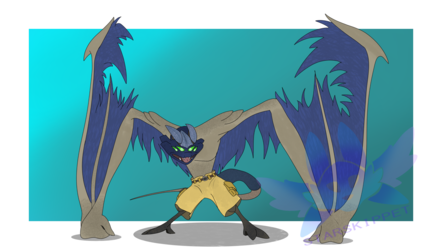 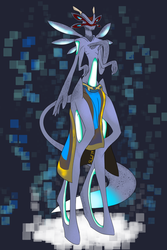 So this dweeber is my take on the whole angel-fox thing from years ago. His name's Arca, an Angel...thing (in early stages, they change form as they grow and work) who is a dad alongside his demon bean (owned by my galpal Mekachii) Eleu! They raise a kid together, work on weird Mech things (more on that later, worldbuilding, heck!!!), and are happily married. They also keep eachother tethered to smart decisions, though namely it's Eleu doing so.

Arca's kinda a dumbass. Did I mention Arca's a dumbass?

He's a good dumbass though.

Arca and this Angelfox Concept are © To the idiot who likes holograms, me!