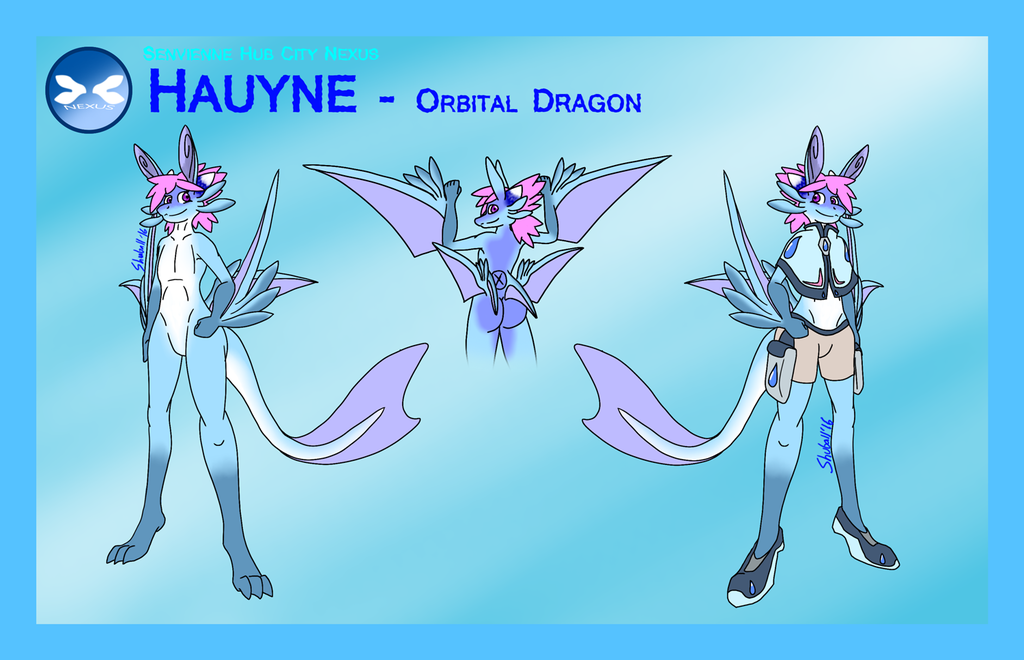 The next of many pieces of work I've got heading out, Hauyne Rain's proper reference!

Honestly this little guy was the first character I had when building up the lore for my made-up world Senvienne, and after him everything else began to fall into place. A lot of work went into him!

He's a fast little bugger, too! In those little 'flaps' on his wing joints are organic thrusters, which vent a brilliant blue flame and allow him to zip about at the speed of a jet!

He's small, he's fast, and he's got a bit of a temper, but he's a cartographer and an explorer more than anything!

Hauyne Rain is © the guy who's probably living his flight-related fantasies through this little pup, me!