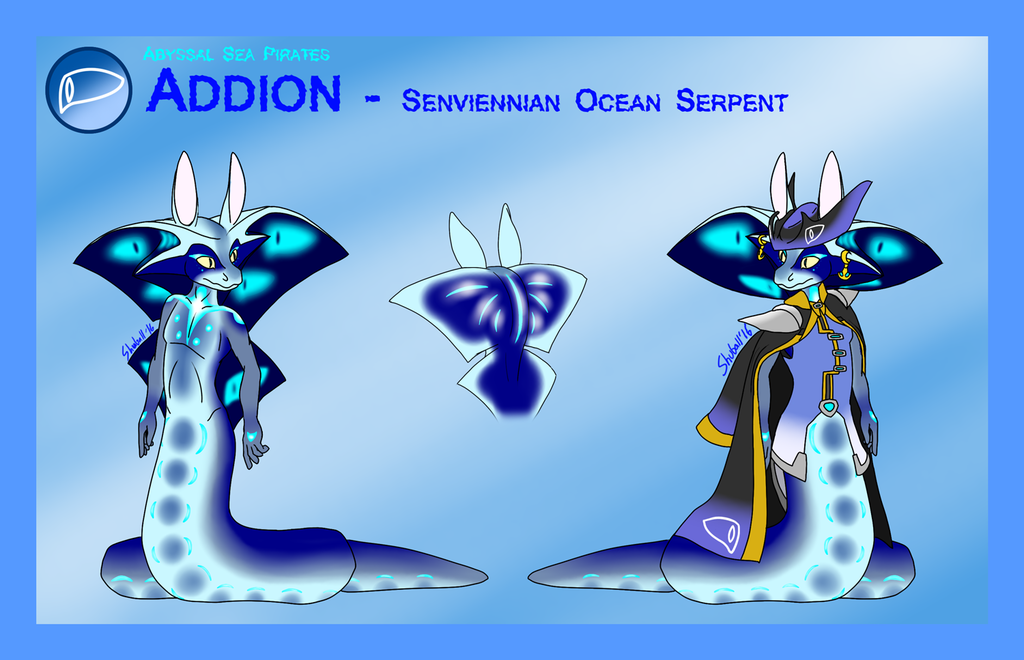 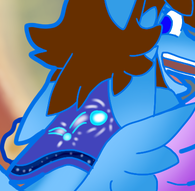 So I've decided to finally begin making proper reference sheets for my characters for a huge worldbuilding project! While this isn't one of the absolute core characters, here's Addion!

Baaaasically, he's a cobra...ish....naga......thing, that's attuned to the seas of the world I'm making named 'Senvienne'. The vents on his back emit a star-like glow whenever he's sensing tides or anomalies in the local waters, which certainly helps with his piratin'!

Also the 'eyes' that dot his hood glow, and that glow is synchronized to his ocular muscles. So wherever he's looking, the scale 'eyes' follow!

Addion, the Senviennian Ocean Serpent, is © some doofus who just wanted an excuse to draw his first ever snake dude, me!