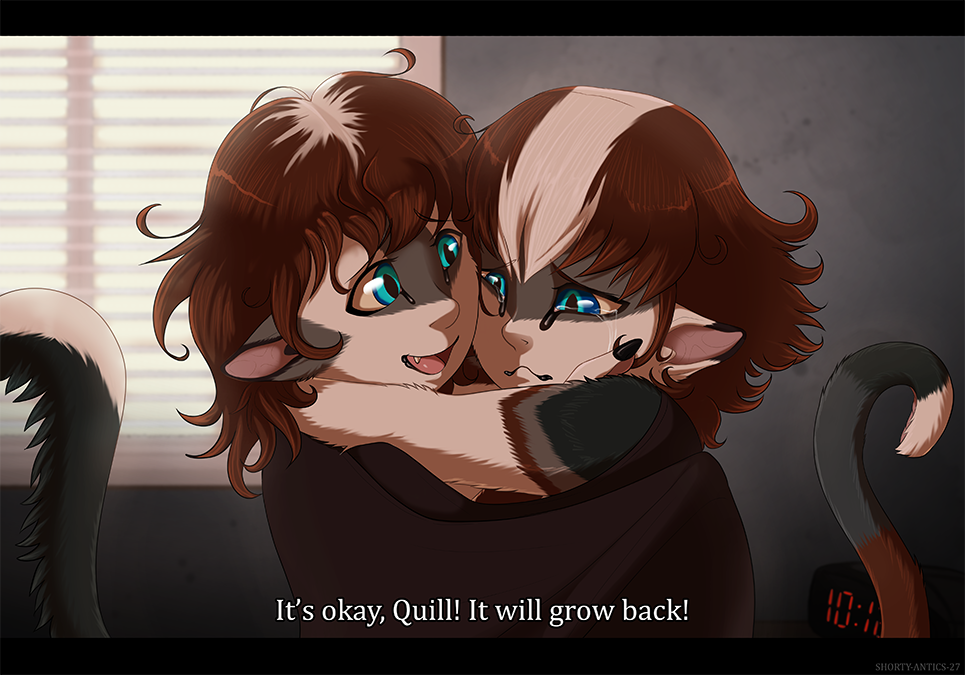 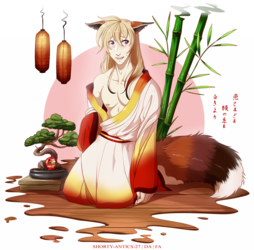 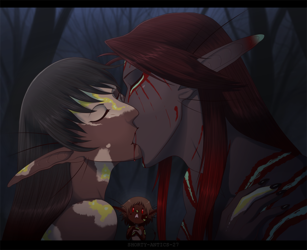 Something I haven't mentioned is that each month this year I will draw a specific couple. I hope each time can
Once again goin to try to post here.

Info from DA/FA:
Something I haven't mentioned is that each month this year I will draw a specific couple. I hope each time can be a story image, like here, but any kind of piece I can do for them would be great!
So for this first one... sure, Quill and Sky aren't a "couple", but they have a strong relationship with each other so it counts. :V
Also if you want to see who I'm drawing for the rest of each month, look here: https://trello.com/b/AhxGtNZF/art-to-do-list

SO, for Sky and Quill I wanted to show something of their past. They both are very young here, possibly 3 years old (which is roughly 6 for a human). They live with their "adoptive" parents who took them from the wild a few days after they were born. They have been taught many different things, in which the parents are trying to get them as smart as they can. They are a little obsessed with it.
Quill's hair was pretty long, and he really enjoyed that, especially when he was at school trying to get the attention of other little boys (all of which are human). He'd act feminine because he was taught boys like girls. Quill doesn't think he's a girl, but he thinks he should act like one for boys to like him.
But then a teacher most likely caught him doing this.
The mother is very mean, so once she was told, she took Quill out of school for good and cut his hair and scolded him. He is now strictly home schooled.
He still has Sky, however, so Sky is trying to comfort him about his hair being cut. They are sitting in their room.

Sometime I'll draw their parents. Will be a challenge cuz I'm not used to drawing older humans. xD;

I am happy with how this turned out, though~ I wanted to test the fake screenshot look and it worked~ May not be the exact size of a screen, but I didn't care about that. hah.

Warning: please do not make this piece about yourself.

Volatikai are my own original species which you can learn more here: http://volatikai.weebly.com/

They are not bats! They are flying primates.