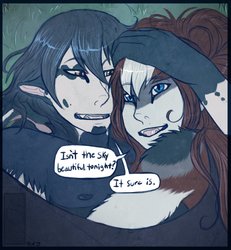 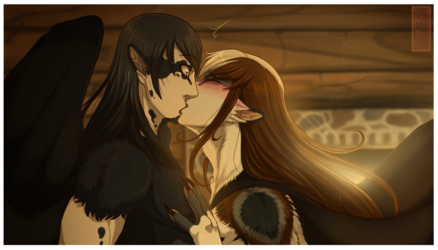 I kept it as a sketch and it actually works well this way. XD MORE COMICS AS SKETCHES.

I wanted to show how it is for Quill with his hand fetish. xD Just watching someone he likes licking their hands sets him off. Of course he likes it even more if they play with his own hands instead. ;P Or just touching him with their hands. HE JUST LIKES HANDS, K? LOL

I feel like this is before they are even together yet, but Quill has a huge crush on Sol.

I don't know how Sol got the little cut, but it doesn't bother him.

Also the "Quill vision" panel is just what he sees exaggerated. Sol isn't actually licking up his hand like that. xD

Also they are in the village so they are both wearing a loincloth. They have to! Sometime I'll actually put a design on their loincloths.

Warning: do not make this about yourself