Introduction
Elementals, the enigma of Fir. An unfortunate race born out of a miscast spell and from thereon out condemned to lives of slavery and servitude. The Elementals have no gods, and among those that are free, no masters. Many choose a life of vengeance, seeking to right the wrongs against their kind committed by their former masters, but others choose a life of peace, instead working to provide for their fellow Elementals and to create a safe and happy community for all. With their bizarre appearances and abilities, most in Fir see them as enemies, and while this might be true for some, others are the purest and truest of all.

Variants and Regions
Elementals have the most internal variation among the races. They have a variety of sizes, shapes, colors, and patterns, but all resemble Dragons in a way similar to kobolds. They can range from enormous to tiny, and possess a multitude of elemental abilities and innate use of magic. Their presence in Fir is entirely artificial, and as such, they can be found in most places Dragons can be found, but colonies of escaped Elementals have also been set up as far away as Faren. Elementals can be either digitgrade or plantigrade, depending on their size, shape, and creator. They do not have breasts or genitals, regardless of gender, and many Elementals choose to forgo clothes altogether. Also, unlike the other races, Elementals do not have irises, instead having eyes of a solid color that faintly glow.

Traits and Abilities
As artificial lifeforms, Elementals are composed of congealed Remnant: a gelatinous substance made from pure magic. Because of this, they are the most natural and potent spellcasters among the races of Fir, but this comes at a cost. Despite being nearly immune to the effects of Reverb, Elementals sacrifice their own bodily Remnant to overcharge their spells. This has the effect of causing them to lose body parts as they cast. They will, of course, grow back, but this takes time and isn’t very convenient in the moment. Otherwise, Elementals are very physically resilient, with a body containing no internal organs and made of literal jelly. Said jelly is quite malleable and squishy, and many Elementals have taken to the practice of Melding with their fellow comrades, creating temporary (or permanent) hybrids of the two for either combat or for romantic reasons. They live for about 150 years before the magic that created them starts to decay.

Culture
As a slave race, the majority of Elementals were not offered the chance to develop any sort of culture. Those that escaped found themselves in the midst of two opposing parties: those that sought harmony and equality, and those that sought vengeance. Many Elementals, for obvious reasons, dedicated their lives to taking revenge upon the Furs and Dragons that scorned them. The others have instead worked on building up their communities, creating a society with no money, no leaders, and instead being based upon mutual cooperation and compassion. Elementals share very strong bonds with each other, and monoamory is very common, however, polyamory is just as common, especially in groups that often Meld together three or more Elementals.

Diet
Elementals do not require sustenance, and if they were to try to eat something, it would probably end poorly.

Technology
Most of what is used by Elementals is appropriated from the technology of their former masters. Although they would have the drive to advance past the basic necessities that the Dragons invented, the few colonies of Elementals have not had much time to do so, as their focus has been on survival and establishing a stable society. 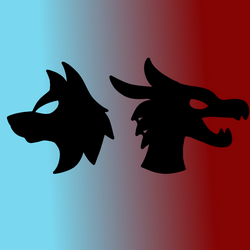 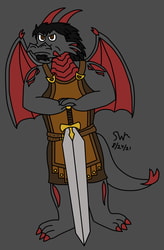 Race/OC guide for the Elementals of Fir.