Magpie the Avian by Shadderstag 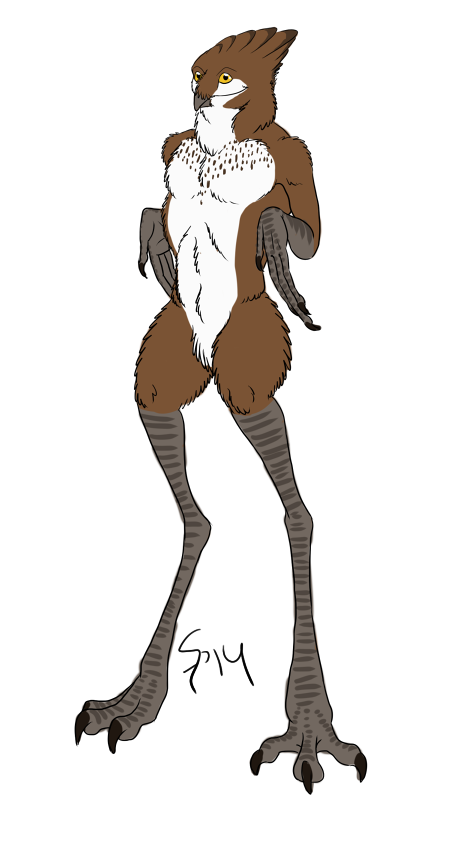 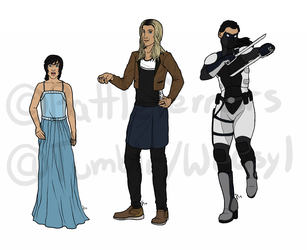 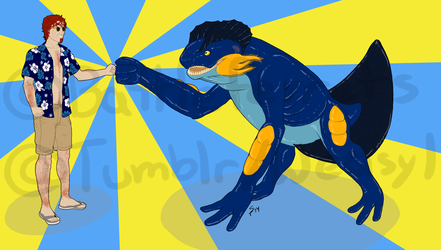 A warm-up sketch I did today before working on commissions. Whoops I have two characters named Magpie now :| Well this is my Starbound one.

He's currently got Tier 2 armor and weaponry and is killing everything in sight to find a Superior Brain but alas, he appears to be surrounded by inferior beings no matter which planet he alights on.

I really played around with the anatomy on this. Avians are meant to be aliens, so I didn't want to just make him an anthropomorphic bird. I gave him a deep chest and more dinosaur-like arms/hands (because, well, birds are dinosaurs, so why not use their anatomy in an alien version of them), as well as very long, strong legs for running and (likely) kicking. Huh, maybe I shoulda given him spurs like roosters have.

Ah well, this is just a first draft I suspect he'll change.

Gonna have to fiddle with his arms more especially, because as they are they'd be great for stabbing weapons like spears and one-handed swords and daggers, but not so great for swinging weapons like hammers and axes (Magpie uses the two-handed axe since it's got the nicest balance between speed and damage as well as a wider range of motion than the spears).

I'm a bionerd.... expect me to play around with the anatomy and such of all the races eventually.