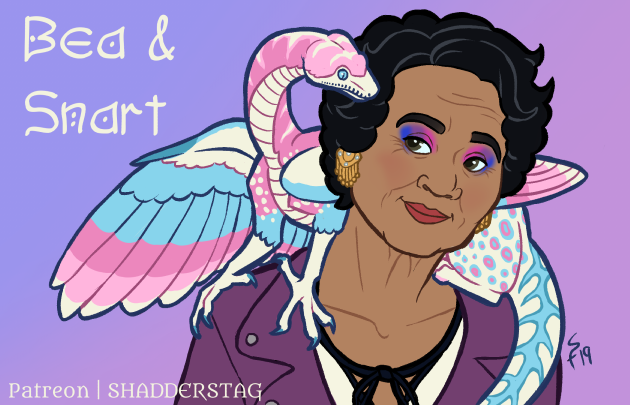 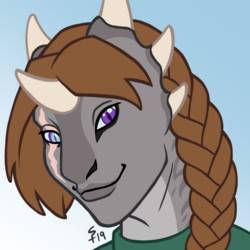 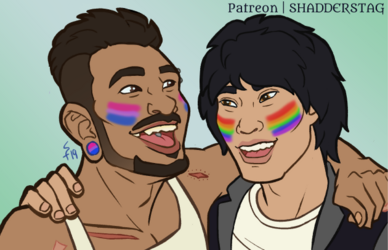 Beatriz was my newest character, and Snart was my newest design, so I originally drew them together for this. Three and a half months later, that is no longer the case, but I ain't redoing it!

Bea is a member of Los Desvalidos, the gang in my superheroverse. She joined to watch over her grandson Eddie, and does legal consultation pro bono for the gang leader. I gave her some bi-shadow because at the time of drawing it, it was Pride Month.

Snart is a sniffin I adopted from Vishka, and I've since adopted another Ecaora who is Snart's mate. Someday I'll make a batch of babies from them haha